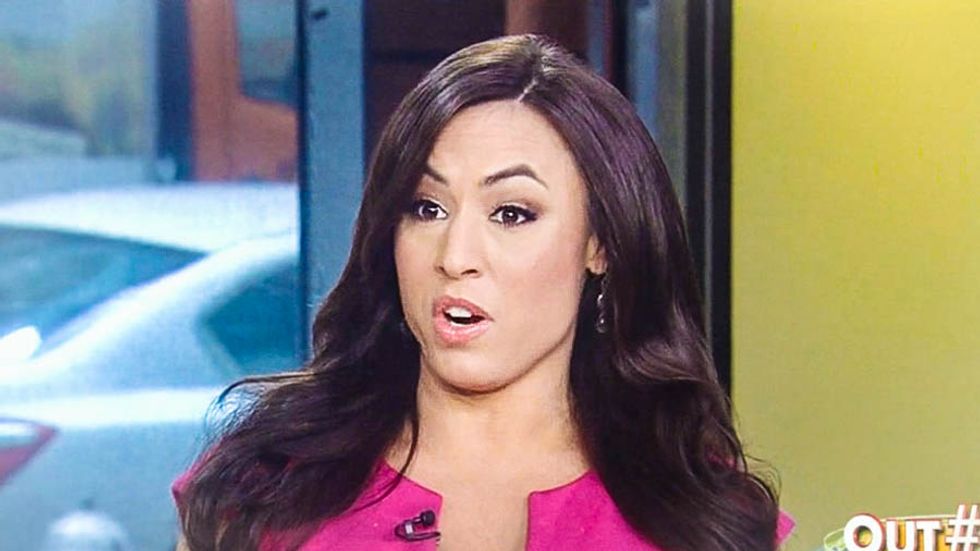 Former Fox News starlet Andrea Tantaros made a name of herself in the conservative echelons of cable news punditry by blaming feminists for everything from the decline of marriage to statutory rape. So when her book Tied Up in Knots: How Getting What We Wanted Made Women Miserable was released last year it seemed par for the course that she would dedicate hundreds of pages to how she—a capable, self-sufficient, feminine anti-feminist—was so much better off than her feminist counterparts.

Thursday, Tantaros’ illusive image of a self-made anti-feminist was shattered when a federal judge in New York unsealed a lawsuit by a man who claims the former Fox News pundit offered him $150,000 to ghostwrite the book.

Michael Krechmer, a Fox News regular and author of several books, filed suit against Tantaros in October 2016, claiming he’d only been paid $30,000 for his work on the anti-feminist screed.

As courthousenews.com reports, Krechmer originally filed the suit under seal, as Tantaros demanded he sign a nondisclosure agreement. But by not honoring their agreement, the author argues Tantaros nullified the confidentiality clause. According to court documents, the former Fox News pundit tried to keep news of Krechmer’s ghostwriting under wraps, requesting a preliminary injunction on the basis that “her credibility is her trade.”

“Defendant argues that, as a well-known television journalist, her credibility is her trade, and if plaintiffs role in helping defendant write the book was revealed it would severely undermine her credibility in the eyes of her colleagues, fans, publisher, and the wider news-media world,” U.S. District Judge Katherine Forrest wrote in a 21-page decision.

“The court disagrees,” Forrest argued. “A possibility of future adverse impact on employment or the celebrity status of a party is not a ‘higher value’ sufficient to overcome the presumption of access to judicial documents.”

A defense attorney for Tantaros called Krechmer’s claim “a complete fraud,” insisting he came “out of the blue” after Tantaros joined a slew of women in bringing a sexual harassment lawsuit against Fox News. “There is compelling evidence that you’ll be able to see from the file that Fox News is behind this ridiculous case,” attorney Judd Burstein said.

Tantaros is suing Fox News for a rumored $50 million over claims the network “operates like a sex-fueled, Playboy Mansion-like cult, steeped in intimidation, indecency and misogyny.” She also accused the company of electronically surveilling her.

In a legal filing, former Fox News chairman—who was named as a defendant in Tantaros’ suit before his death in May—said the former pundit’s claim was “full of lies and half-truths” and “a desperate attempt to sell books and speeches.”