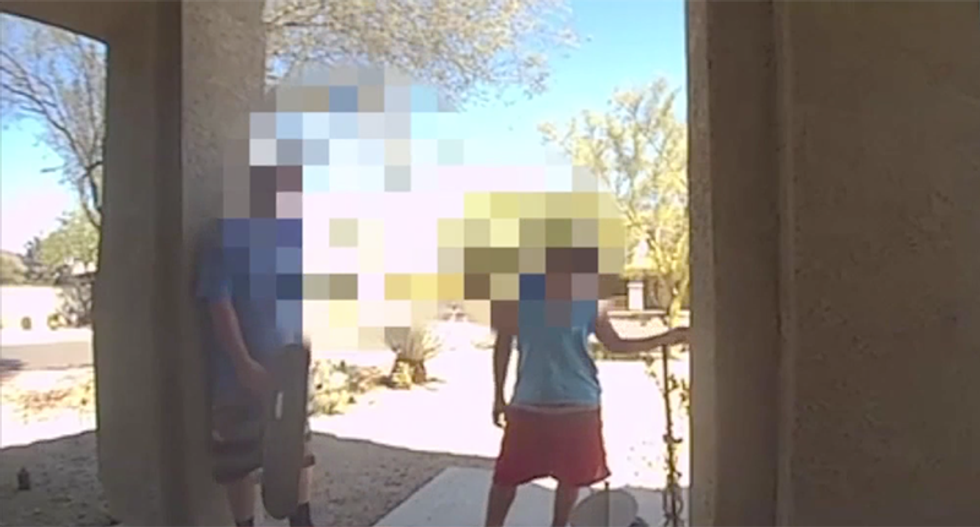 “Say thank you n**ger and run!" she heard one of the boys say to the others, reported ABC15.

"Who do you go to when this stuff is happening? When kids are kicking at your door? You know turning off your power or even coming to the point of calling you a n**ger,” Gaskin said.

She said that she's faced "several events" since she moved back to the area in March. She ultimately purchased her cameras after teens turned off her home's circuit breaker, turning off electricity to her entire house. In another event, someone left footprints on her door after knocking on it late one night.

"I really look at the parents. that's what I focus on," she told ABC15. "Do they really use that word in their home?"

But after this latest visit, she called the police. While no crime was committed, she hopes the boys come forward and apologize.

"I would tell them I would want them to do some research of the history behind that word, I really would," she said. "It's not acceptable but I hold the parents responsible for that."

She doesn't think the same boys were involved in the other vandalism, however. Though, she does believe race is a factor.