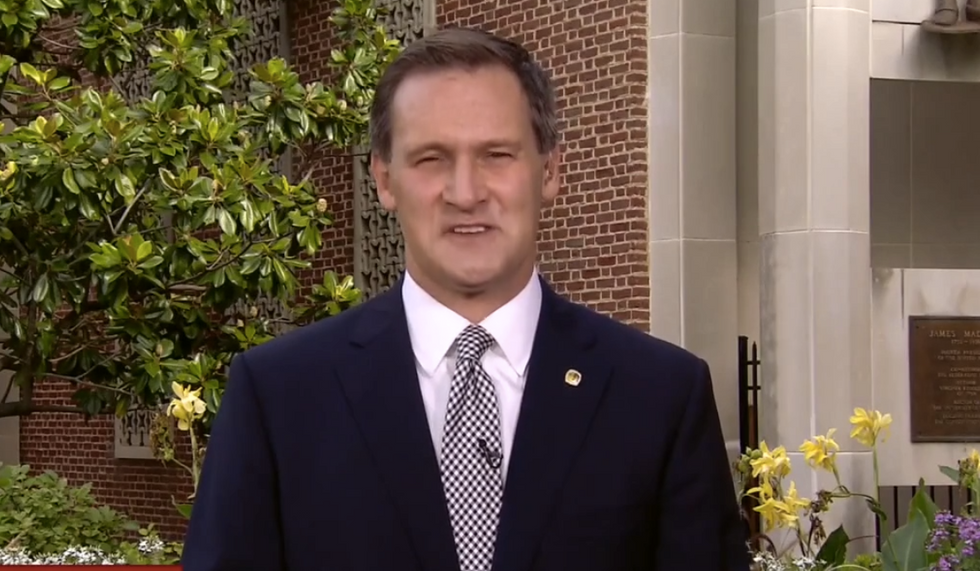 The mayor of Charlottesville called on Friday for a special session of Virginia's legislature to let localities decide the fate of Confederate monuments like the statue that was the focus of a far-right rally last week that turned deadly.

Mayor Mike Signer issued his appeal amid an increasingly contentious debate over what to do with memorials to Confederate figures, who fought for the preservation of slavery during the U.S. Civil war, that are seen by opponents as offensive.

In what has become the biggest domestic crisis of his presidency, Donald Trump has been sharply criticized, including by fellow Republicans, for blaming Charlottesville's violence not only on the white nationalist rally organizers, but also the anti-racism activists who opposed them.

"Whether they go to museums, cemeteries, or other willing institutions, it is clear that they no longer can be celebrated in shared civic areas," Signer said in a statement, referring to the statues. "We can, and we must, respond by denying the Nazis and the KKK (Ku Klux Klan) and the so-called alt-right the twisted totem they seek."

A 32-year-old woman, Heather Heyer, was killed and several people were injured when a man crashed a car into a crowd of counter-protesters at last Saturday's rally. A 20-year-old Ohio man has been charged with her murder.

Some attendees at the rally were heavily armed, and Singer said in his statement he was also calling for legislation that would let localities ban open or concealed carry of weapons at some public events. And he said he wanted to find a way to memorialize Heyer's name and legacy.

In North Carolina, Durham County Sheriff Mike Andrews said his officers were preparing for a possible march by white nationalists in front of a Durham city courthouse on Friday, according to the News & Observer newspaper. Protesters tore down a Confederate statue in the city earlier this week.

Some downtown businesses closed early and several hundred anti-racist demonstrators took to the streets as a result. But by, some with a banner reading "We will not be intimidated." By mid-afternoon, however, the rumored white-nationalist march had not materialized.

'I'M NOT FORGIVING HIM'

In Maryland on Friday, authorities took down a statue of a 19th century chief justice who wrote an infamous pro-slavery decision.

The 145-year-old bronze statue of Roger Taney, whose 1857 ruling, known as the Dred Scott decision, reaffirmed slavery and said black people could not be U.S. citizens, was removed from its base outside State House in Annapolis overnight by workers using a crane, local media showed.

Trump on Thursday decried the removal of such monuments, drawing stinging rebukes from fellow Republicans in a controversy that inflamed racial tensions nationwide.

The mother of Heyer, the woman killed in Charlottesville, said in a television interview on Friday that after Trump's comments, "I'm not talking to the president now."

"You can't wash this one away by shaking my hand and saying, 'I'm sorry.' I'm not forgiving him for that," Susan Bro told ABC's "Good Morning America."

There are more than 1,500 symbols of the Confederacy in public spaces across the United States, with 700 of those being monuments and statues, the Southern Poverty Law Center said.

The large majority of these were erected long after the Civil War ended in 1865, according to the center, with many going up early in the 20th century amid a backlash among segregationists against the civil rights movement.

More than half a dozen have been taken down since Saturday.