CNN's Jake Tapper destroys Trump: Russia seems like the only one that can control the president 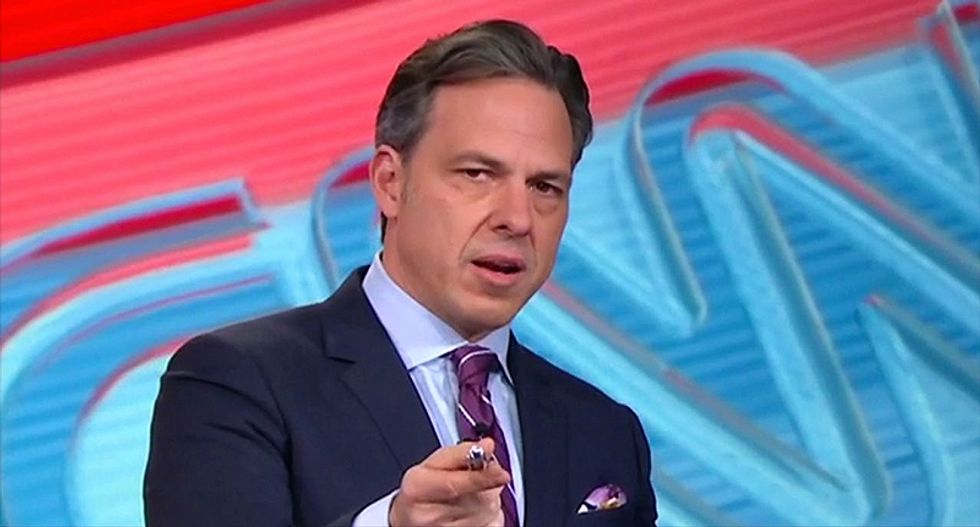 CNN’s Jake Tapper on Thursday blasted Donald Trump, suggesting the Russians have succeeded where even the president’s close advisers and family have failed: exerting control over him.

Tapper noted Trump begrudgingly signed bipartisan sanctions against the Kremlin, that were set to “become law even if the president had refused to sign it.”

“His statements protesting the sanctions made clear his disapproval,” Tapper said. “And as if that were not enough, earlier today he blamed the dismal state of U.S.-Russia relations not on Putin, not on the Russians attempt to interfere in U.S. democratic elections as stated by every Trump-appointed intelligence chief, by the intelligence chief, but on the U.S. Congress.”

“In Trump's view, bad relations with Russia are the fault of the Republican-led U.S. Congress, not Putin,” Tapper said. “This is not even getting to adversaries who have been murdered, or the Russian-made missile that downed Malaysia Airlines flight 17, killing almost 300 crew and passengers.”

“To our knowledge, while President Trump has attacked everyone from Don Lemon to the cast of Hamilton, he has never had any word about Vladimir Putin,” Tapper said.

“You know, give the Kremlin credit for this, if for nothing else: While no one on the president’s staff, or in his cabinet or in his family seems able to exert any control over the president the way they’d like, the way they would like, the Russians seem to have figured something out,” Tapper concluded.

Tapper: The only one that can control Trump... by sarahburris