CNN’s Kate Bolduan: 'It stopped being about statues when people started walking around with swastikas' 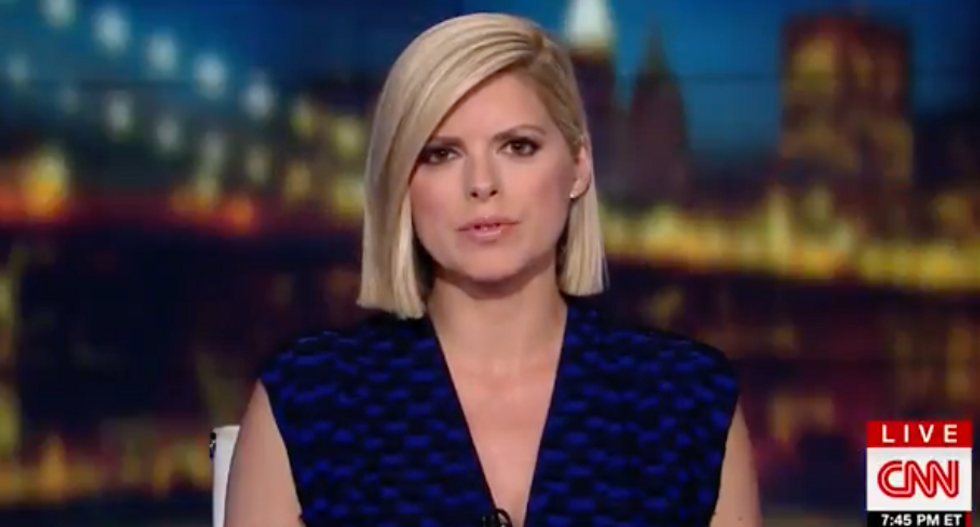 CNN’s Kate Bolduan on Wednesday battled conservative Ben Ferguson over the president’s excuse that some white nationalists who descended on Charlottesville were simply Confederate-loving history buffs, explaining the protest “stopped being about statues the moment people started walking around with swastikas”

Ferguson was defending the president’s claim that the “extreme left” was also responsible to the violence that broke out at a neo-Nazi protest over the weekend when Bouldaun had to explain, “someone died.”

“This wasn't someone got a fat lip,” she said. “Someone died.”

Speaking about Trump’s press conference, Van Jones described a president who “was more passionate than about the loss of a human life.”

“I do think there are some elements on the left that are very troubling and very disturbing,” Jones continued. “But I do not see the level of organized, you know, terrorism, basically, that I saw in that city … you had armed Nazis going around intimidating people, threatening people, saying they are going to lynch people for hours and hours and hours."

"I haven't seen anything like that yet on the left," Jones continued. "And I think we have to make sure to distinguish between a terrorist movement, which i'm seeing now building on the right and some people on the left with whom we have some concerns. We have to be concerned about them, but they are not organizing on the level you're seeing with this dirty right movement.”

“Just to be clear guys, it stopped being about statues the moment people started walking around with swastikas,” Bouldaun said. "I think that can be pretty much agreed universally."