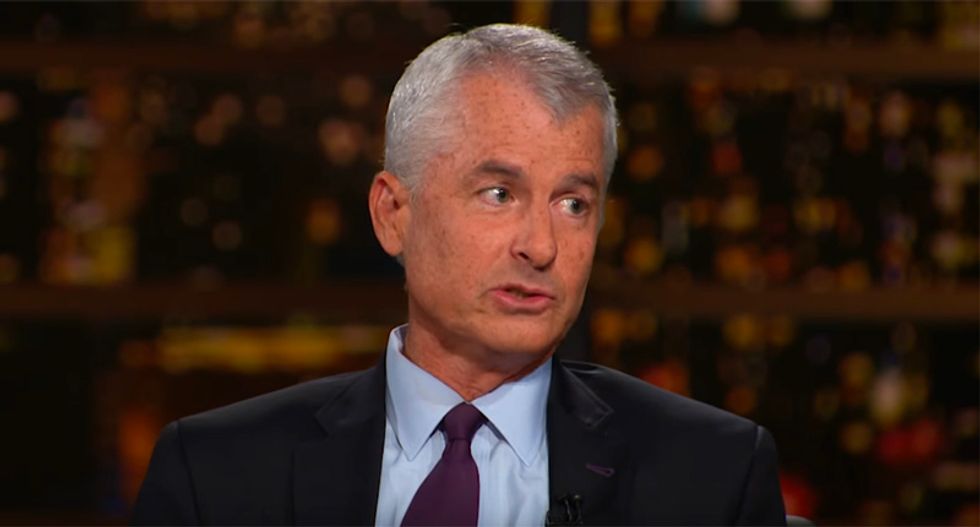 Both before and after President Donald Trump threatened military action in Venezuela, former CIA counterterrorism deputy director Phil Mudd got to the heart of why the president is now taking an aggressive interventionist posture.

"People like me see a transition from a president embarrassing himself to threatening us because he can't contain his mouth," Mudd said shortly before Trump issued his Venezuela threat. "It's that simple."

"If Kim Jong-un comes out and says something that's even remotely a step back, the president says, 'I win,'" Mudd posited, imagining what could be going through Trump's mind. "He's talking to the Chinese leader tonight. What do you think he's going to tell that Chinese leader? I just heard one clue -- get the North Korean leader to say something vaguely conciliatory and we're done. I'm going to go to the American people and say, beating my chest in public and threatening the North Korean leader works."

Soon after Trump issued the Venezuela threat, Mudd and his co-panelists on The Situation Room responded on-air to the out-of-nowhere comments about military action -- threats that global affairs contributor Elise Labott noted ran counter to national security adviser H.R. McMaster's assurance that there was no military plans for Venezuela a few days prior.

"I think what happened today is Donald Trump is kind of feeling his commander-in-chief oats," Labott continued. "He was asked about Venezuela, he said, 'oh, yeah, there's a military option, we have countries far away and near.' And I think you could have asked him about a whole host of countries today and he might have said the same thing."

Piggybacking off of Labbot's joke, Mudd concluded that this week's military threats boil down to optics.

"This man is all about image," Mudd said. "He's about projecting himself as the tough guy who comes from New York money and comes down to clean up Washington."

He went on to note that the president has been "in front of reporters more than he's been in months" -- and the reasoning behind that is, as Mudd said, simple.

"He's playing the role of the guy who owns the American military," Mudd said.

Check out the whole segment below, via CNN.

Ex-CIA officer Phil Mudd: Trump ‘is looking for... by sarahburris