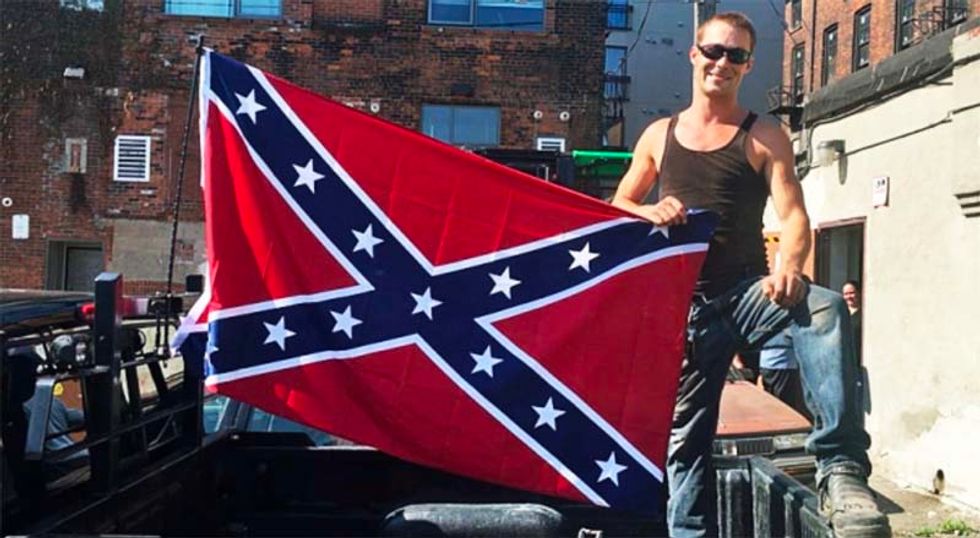 A construction worker who decided to fly the Confederate flag at his work site for "shits and giggles'" is now out of a job, reports the CBC.

Lipiec explained his motivation, stating:  "I just wanted to do it for sh*ts and giggles — and if I piss a few people off along the way, then so be it."

Unfortunately for the now-unemployed construction worker, his employers were not amused.

Announcing the firing of Lipiec via email, Yoke Group owner and CEO Anthony Quattrociocch stated, "I have absolutely zero tolerance for this behaviour. He will no longer be working for Yoke Group."

Prior to his firing, Lipiec provided a glib answer about the violence in Charlottesville and the death of 32-year-old Heather Heyer.

"Yeah, some guy ran over a whole bunch of people, so be it. It happens every day," he explained. "There's good and there's bad [with the flag] — same as the swastika, and the Nazis, and that flag. That was stolen from the religious people that actually believed in that symbol and everybody mistakes it for Hitler and the Nazis, and it's not even true.'