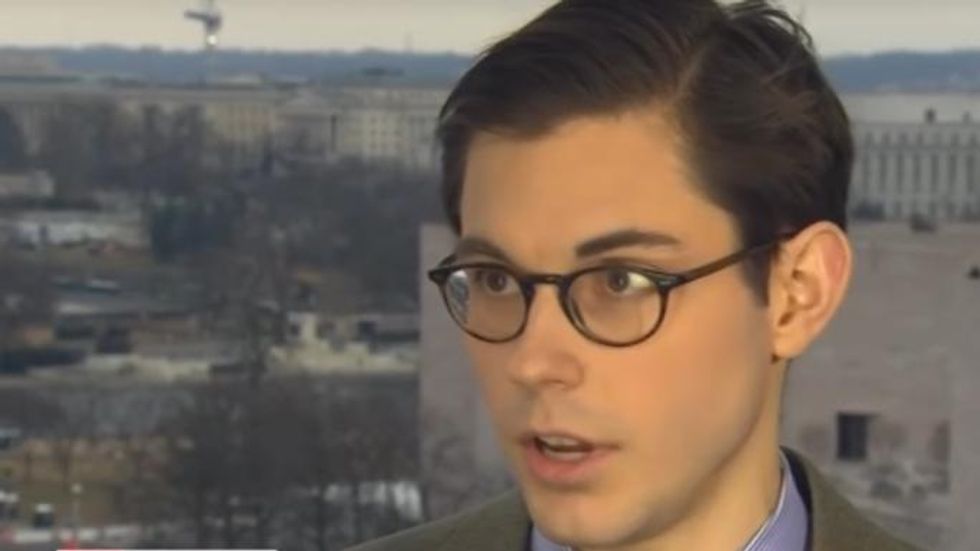 In the wake of his disastrous statement on the deadly white supremacist rally in Charlottesville, President Donald Trump lost a follower who founded a journal in support of him.

In an op-ep published by the New York Times, Julius Krein, a former hedge fund manager who founded the American Affairs journal with the intent of "defining Trumpism" scathingly criticized the president he once staunchly supported.

Krein, along with other supporters, thought Trump's more startling soundbites, like the the times he criticized the Mexican heritage of a federal judge and appeared hesitant to condone former KKK grand wizard David Duke, "were merely Bidenesque gaffes committed during the heat of a campaign."

"It is now clear that we were deluding ourselves," Krein wrote. "Either Mr. Trump is genuinely sympathetic to the David Duke types, or he is so obtuse as to be utterly incapable of learning from his worst mistakes. Either way, he continues to prove his harshest critics right."

Described as a "wunderkind" and "one-time cheerleader" for the president, Krein details why he initially supported Trump as a black sheep candidate -- and why he can no longer fall in line with his increasingly toxic rhetoric.

"He flouted GOP orthodoxy on entitlements, infrastructure spending and, at times, even health care and 'culture war' issues like funding Planned Parenthood," Krein wrote, explaining why he and others supported Trump. "His statements on immigration were often needlessly inflammatory, but he correctly diagnosed that our current system makes little sense for most Americans, as well as many immigrants, and seems designed to benefit the wealthy at the expense of working people."

Although the first months of his presidency were marked by calls for calm and patience in waiting for the elusive "presidential pivot," Krein said it's been long enough now that many realize that Trump will never be the president they hoped for.

"It’s no longer early," he wrote. "Not only has the president failed to make the course corrections necessary to save his administration, but his increasingly appalling conduct will continue to repel anyone who might once have been inclined to work with him."

"Mr. Trump once boasted that he could shoot someone in the street and not lose voters," he continued. "Well, someone was just killed in the street by a white supremacist in Charlottesville."

In the wake of Charlottesville, Krein said he can no longer look towards a future where Trump will be an effective leader.

"It is now clear that my optimism was unfounded," he concluded. "I can’t stand by this disgraceful administration any longer, and I would urge anyone who once supported him as I did to stop defending the 45th president."