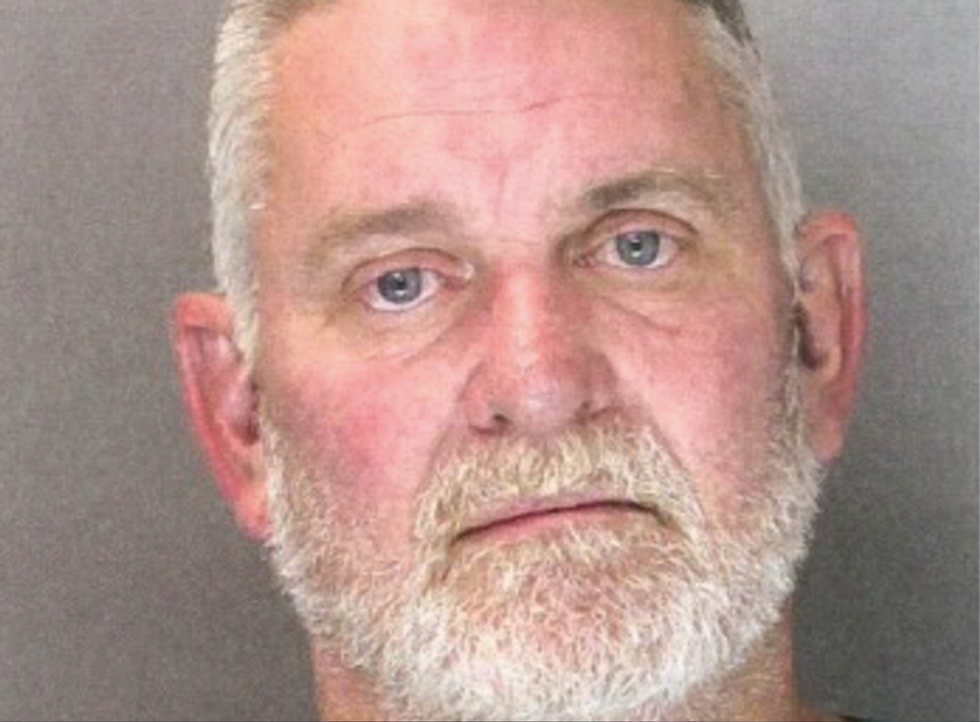 A 54-year-old Virginia man was arrested on Monday afternoon after he went on a drunken rampage at a truck stop in Dauphin County.

According to PennLive.com, Craig Troccia was at the Flying J Truck Plaza on Highway 81 when he bashed in the windshield of his own vehicle, then poured a cup of urine -- presumably his own -- inside.

Witnesses say Troccia told a passing black man to "go back to Africa" and then pulled down his pants, exposing his genitals to the man and everyone else in the parking lot.

It was then that Troccia pulled a gun and said he would kill the black passerby and everyone else at the truck stop.

Virginia State Troopers arrived on the scene, which sent Troccia into a frenzy.

"I'll f*cking kill you for calling the police!" he shouted as officers closed in on him. Troccia threatened a trooper and members of the officer's family before being taken into custody and loaded into a police cruiser.

During transport, police reports said, Troccia continued to spew death threats against the arresting officers and repeatedly slammed his head and body into "the various panels of the vehicle."

PennLive said that Troccia is currently being held at the jail on $25,000 bail. His preliminary hearing is scheduled for Aug. 31.

"Mom, what did they arrest Uncle Craig for?"