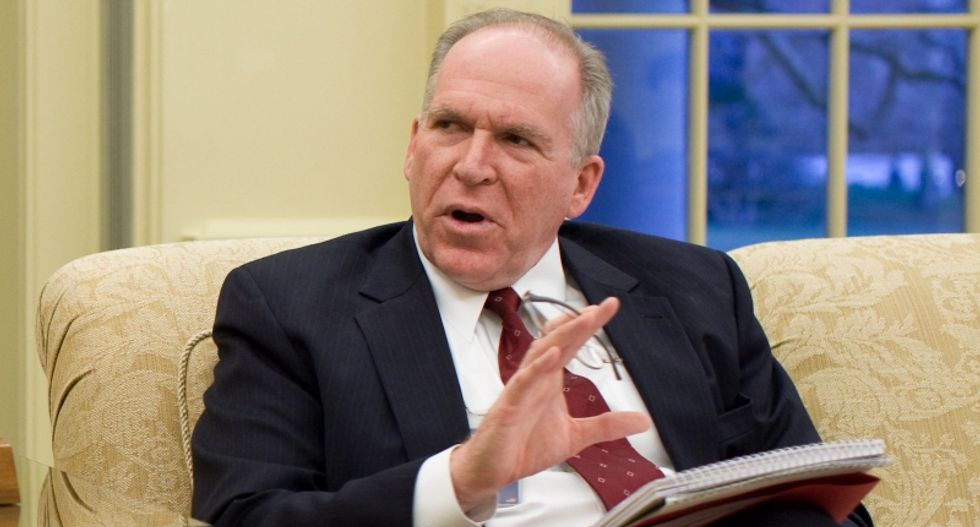 The anchor of "The Situation Room" on CNN, Blitzer explained on-air that all four of his grandparents had been murdered by Nazis during the Holocaust.

Brennan saw the exchange and wrote a personal note on the, "unspeakable evil of Nazism," which CNN has shared.

"I just want to extend my sympathies not only for their deaths but also to you and your family--and countless others--for the pain inflicted today by the despicable words of Donald Trump. Mr. Trump's words, and the beliefs they reflect, are a national disgrace, and all Americans of conscience need to repudiate his ugly and dangerous comments," Brennan wrote.

"If allowed to continue along this senseless path, Mr. Trump will do lasting harm to American society and to our standing in the world," Brennan predicted. "By his words and his actions, Mr. Trump is putting our national security and our collective futures at grave risk."