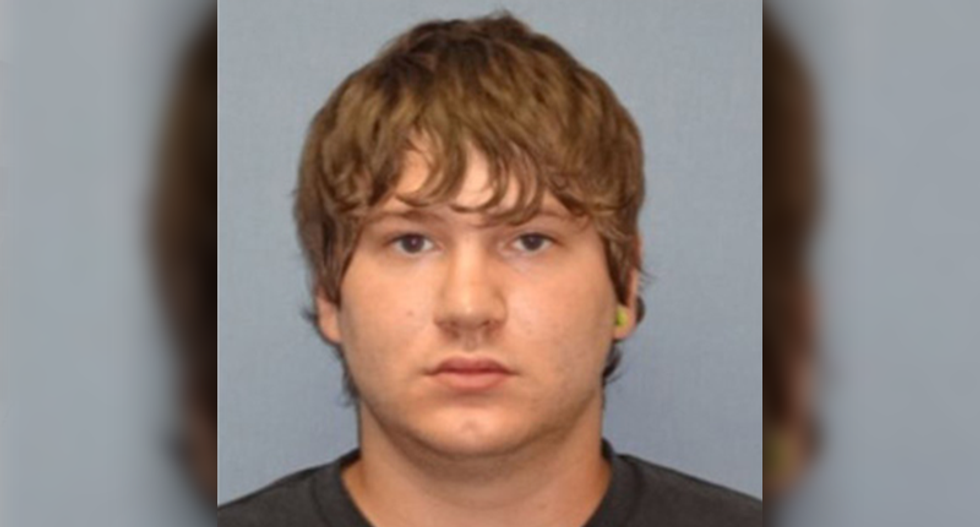 The family of a 23-year old accused of plotting to bomb a downtown Oklahoma City bank building say the FBI “'aided and abetted a paranoid schizophrenic to commit this act.”

In a statement issued Wednesday, the parents of Jerry Drake Varnell—who authorities say drove a stolen van containing what he believed to be a 1,000-pound ammonium nitrate bomb then tried to detonate it outside an Oklahoma City bank—pleaded for the public’s understanding and said the FBI was responsible for their son’s arrest.

“The public must understand is that [Varnell] is a paranoid schizophrenic and is extremely susceptible to different types of ideology that normal people would deem immoral,” the family said in a statement to newsOK.com. The parents added they were “flabbergasted” that the FBI was aware their son was schizophrenic. They also said elements of the criminal complaint—including the suggestion their family has an underground bunker—were incorrect.

“We do not have an underground bunker!” the family wrote. “We built our home a few years ago and bought a storage container, as we use it for a storm shelter. We only recently pushed dirt up around it to make it safe. The building is used for storage and is NOT a bunker full of food and supplies, in fact the doors close from the outside. It has neither electricity nor anything that would make it habitable.”

The family indicated the public “should be looking at” the FBI’s role in their son’s arrest. “He has no job, no money, no vehicle, and no driver’s license, due to the fact that he is schizophrenic and we; his parents do everything we can possible to keep him safe and functional,” they wrote. “The FBI came and picked him up from our home, they gave him a vehicle, gave him a fake bomb, and every means to make this happen none of which he had access to on his own.”

The family said on June 15, Varnell’s father told the FBI’s informant—who they called “a drug-dealing criminal”—not to return to their home. “Apparently, he continued to sneak onto our residence,” the family allege. “The FBI paid him to continue this operation and I believe they have cleared his criminal record.

“The FBI should have filed conspiracy on our son and had him committed to a mental institution,” the family wrote. “They should not have aided and abetted a paranoid schizophrenic to commit this act.”

The family also accused the mental health system of “consistently” failing them “due to the lack of establishments and health care coverage for a person like him.”

“We have unconditional love for him, we are heart broken by this event and wish we had been made aware by the FBI, and we would have committed him into a mental institution for help,” they wrote.

Varnell was arrested after a months-long domestic terrorism investigation involving an undercover agent with the FBI. Authorities say in December 2016, he began speaking with a confidential informant about pulling off an attack “similar” to the 1995 Oklahoma City bombing.

“I’m out for blood,” Varnell allegedly wrote the imformant. “When militias start getting formed I’m going after government officials when I have a team.”

Varnell allegedly said he was carrying out the attack in retaliation for the “freedoms that have been taken away from the American people.”

In a Facebook post first reported by NBC News, Jerry’s brother Cade Varnell likewise called out the FBI for its role in the attack.

“The FBI brought him the van loaded with explosives,” the since-deleted post read. “Good job America.”