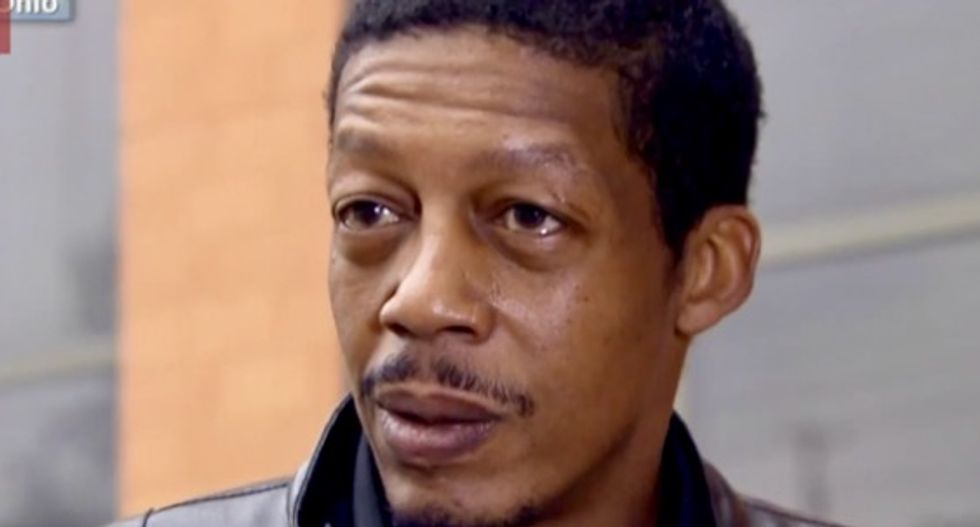 The father of a former Ohio high school football player who had been convicted of rape shot and wounded a judge in an ambush outside an Ohio courthouse on Monday and was fatally shot by a probation officer, law enforcement authorities said.

Richmond was the father of Ma'Lik Richmond, one of two high school football players convicted of raping a 16-year-old girl at a 2012 party in Steubenville, Ohio, Hanlin told the news conference, shown on local TV station WFMJ.

"There is absolutely no reason to believe that there is any connection between Ma'Lik Richmond and the actions of his father today," Hanlin said.

The rape case drew national attention at the time after images of the unconscious victim circulated online and hacker group Anonymous demanded justice.

Jefferson County Judge Joseph Bruzzese Jr. was in stable condition after surgery, Hanlin said, adding, "we do expect him to survive the gunshot attack."

Bruzzese did not hear the rape case. Nathaniel Richmond, who had a criminal record, has appeared in Bruzzese's court before, Hanlin said.

Police took into custody a second man believed to have been in a car with the suspected shooter, she said.

Ma'Lik Richmond served 10 months of a one-year sentence for the rape.

Richmond's co-defendant, Trent Mays, was convicted of rape and child pornography for using his phone to take a picture of the rape victim naked. He was sentenced to two years and released in 2015, according to local media.

(Reporting by Jonathan Allen in New York and Jon Herskovitz in Austin, Texas; Editing by Patrick Enright and Sandra Maler)