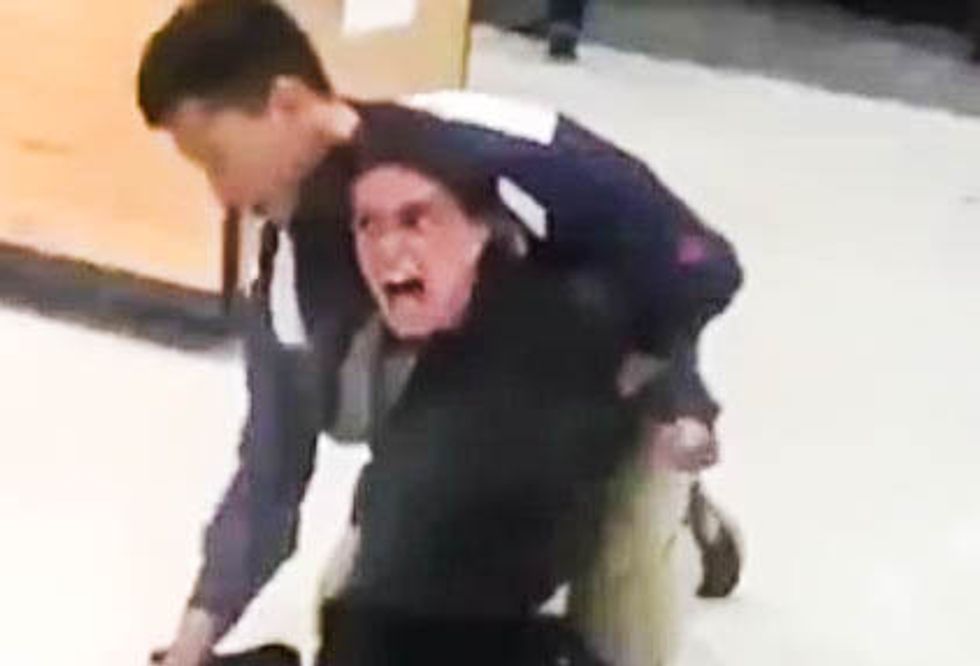 A Target customer who yelled racial slurs at employees gets restrained by a security guard (Screen cap).

The video, which was posted by Twitter user @dechavien and has been retweeted more than 18,000 times, shows a woman berating employees at a Target store using racist language.

A short time later, the woman starts picking up pieces of merchandise and hurling them at other customers.

At this point, a security guard at the store came over to physically restrain the woman. He wrestled her to the ground and handcuffed her while she screamed at him.

"I'll leave if you let go!" she screamed repeatedly as the security guard tried to get her to calm down.

The Twitter user who posted the video has not responded to questions about where the video was filmed.