'Feel like we're in a bar': CNN's Don Lemon gives up after conservative guest drives panel off the rails 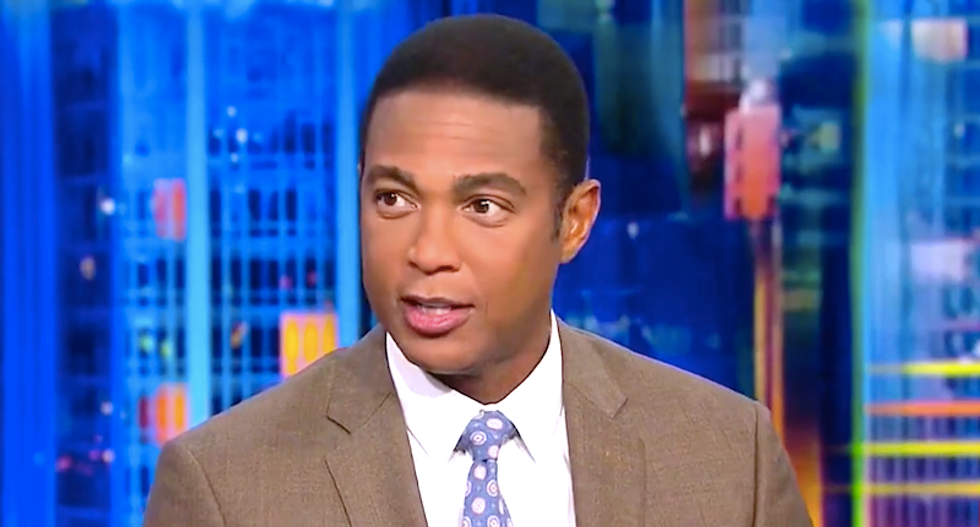 A CNN panel on the FBI raid at Paul Manafort's home went off the rails when a conservative commentator tried to read Charles Blow's mind.

Conservative radio host Ben Ferguson suggested special counsel Robert Mueller had strayed too far from investigating possible campaign ties to Russia, but he argued that Manafort was solely at fault.

"He's in deep trouble, but let's not try to act like this is in the White House," Ferguson said.

Ferguson then said reports showed Mueller had moved on to financial crimes because he could not find evidence of collusion, and New York Times columnist Charles Blow asked whether that came from anyone actually involved in the investigation.

"That sounds like psychoanalysis," Blow said. "You tell me what I want, what I love, what are my motivations."

All four panelists then began arguing over one another, and host Don Lemon tried to restore order.

"I feel like we're in a bar," Lemon said, laughing.