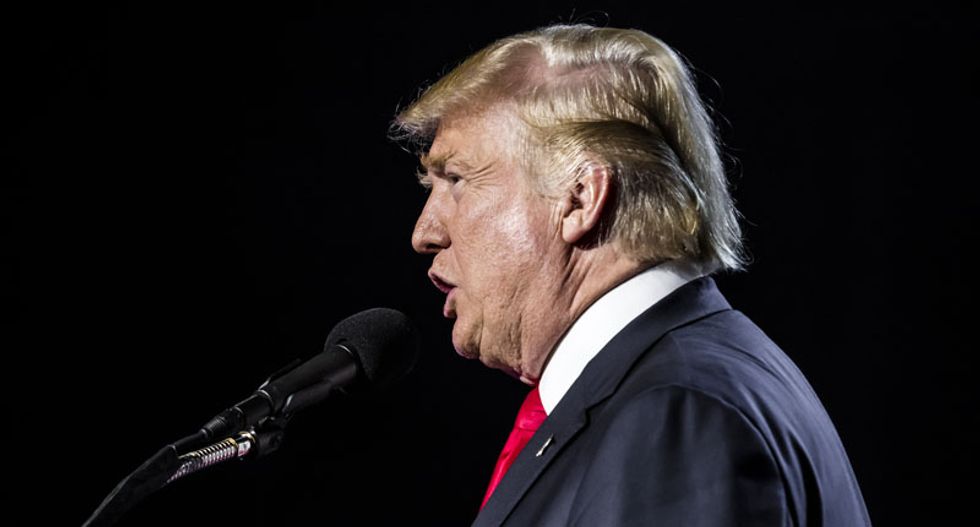 In a 1990 Vanity Fair article written after Trump divorced his first wife Ivana, people close to the former Mrs. Trump said she had, on more than one occasion, spoken of her ex-husband's admiration for the Nazi leader.

"John Walter works for the Trump Organization, and when he visits Donald in his office, Ivana told a friend, he clicks his heels and says, 'Heil Hitler,' possibly as a family joke," the Vanity Fair article reads.

"Ivana Trump told her lawyer Michael Kennedy that from time to time her husband reads a book of Hitler’s collected speeches, My New Order, which he keeps in a cabinet by his bed," the story continues.

On Tuesday evening, hours after Trump gave his speech, Bustle's Mehreen Kasana posted an excerpt of the article on Facebook.

Ivana's accusations were not unknown prior to his speech that appeared to condone neo-Nazis -- in the fall of 2015, Business Insider also reported on the 1990 interview.