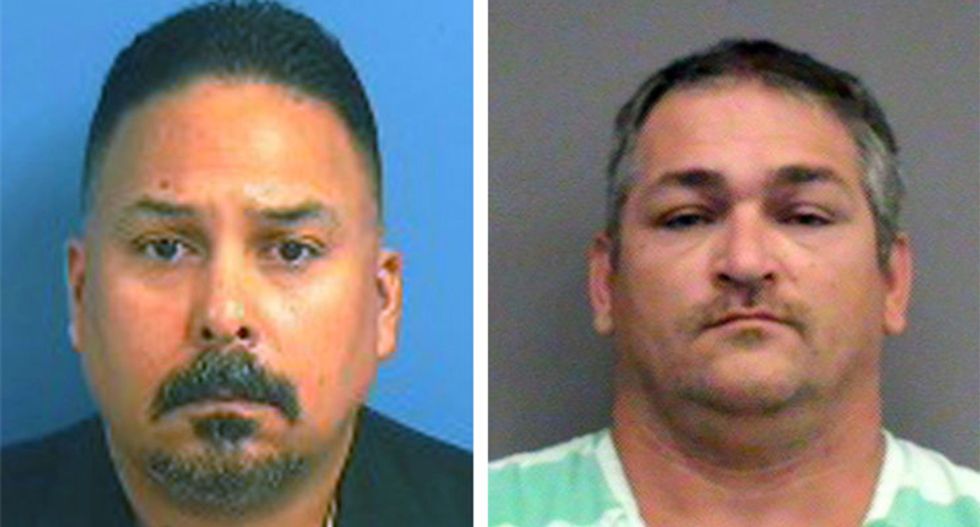 A Florida jury found two prison guards guilty Tuesday of plotting to kill a black man who was a former inmate in retaliation for a fight with another prison guard. The three guards were all members of the KKK.

“These Klansmen plotted to murder a black inmate after he was released from prison, but swift action and clever investigative tactics on behalf of investigators foiled their plot and may have saved a life,” said Attorney General Pam Bondi. “We will continue to work daily to ensure the KKK or any other hate-filled organization is unable to inflict violence on the citizens of our great state.”

The two men approached an FBI informant that was working inside the Traditionalist American Knights of the Ku Klux Klan. They asked that he assist in the murder in retaliation. Both Driver and Moran worked for the Department of Correction and Medical Center in Lake Butler and Newcomb was a previous guard.

“These men had positions of trust, which they violated when they conspired to kill a former inmate, and we worked closely with law enforcement partners to ensure they are held accountable for their crimes,” said Special Agent in Charge James Spero of Homeland Security.

Driver gave a photo of the former inmate to the informant and they discussed whether they should shoot the man or inject him with insulin to make the death look like an accident. The FBI made it look like the homicide was carried out and even took photos of the man who had been taken into protective custody.

When a cellphone photo was shown of the fake murder scene the men said that they were happy and shook the FBI informant's hand "in gratitude."

A sentencing hearing has not yet been set but the two face up to 30 years in prison.