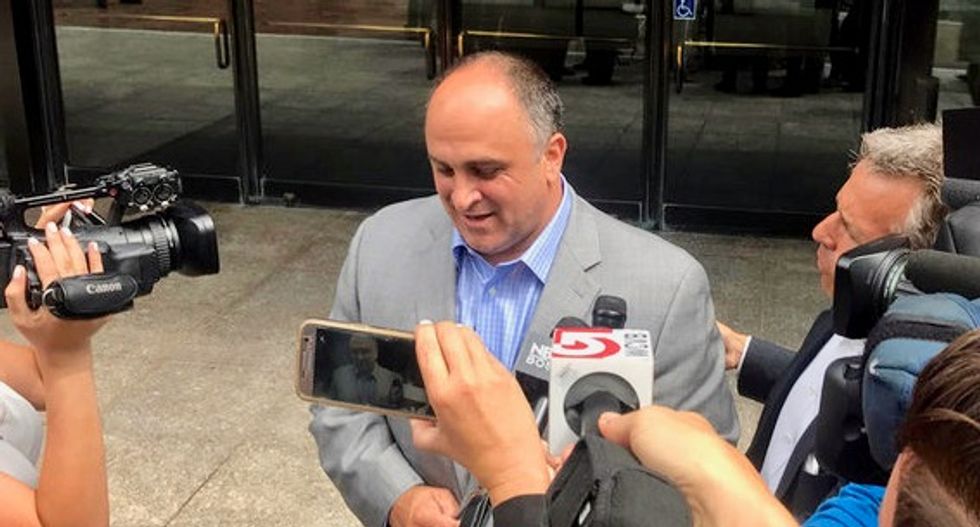 A federal jury found Daniel Redmond, John Fidler, Robert Cafarelli and Michael Ross not guilty of conspiracy and attempted extortion charges over what prosecutors called an effort to secure wages for unwanted services from the non-union company.

The verdict followed a trial that drew attention thanks to the popular Bravo network cooking competition show and allegations involving the city's tourism chief at the time, who faces charges in a separate union-related extortion case.

Defense lawyers celebrated the verdict as showing the Teamsters Local 25 members were engaged in legitimate picketing to push for real jobs.

"These gentlemen were executing their right to protest in favor of real jobs for union workers," said Oscar Cruz, Redmond's lawyer.

Acting U.S. Attorney William Weinreb expressed disappointment, calling the Teamsters' conduct "an affront to all of the hard-working and law-abiding members of organized labor."

Prosecutors had claimed the Teamsters used homophobic and racial slurs and violent threats to try to secure pay for unnecessary services from the "Top Chef" production company during filming around the Boston area.

Prosecutors said Redmond on June 5, 2014, approached the show's crew while it was filming at a hotel, demanded union members be hired as drivers and told a producer to call Mark Harrington, his union supervisor.

They said after another hotel worried about picketing withdrew from participating in the show, production company Magical Elves switched to filming that June 10 at the Steel & Rye restaurant in the suburb of Milton.

Harrington was sentenced in December to six months in prison after pleading guilty.

Brissette has pleaded not guilty to separate charges he tried to withhold city permits for a music festival using non-union workers. Walsh, a Democrat and ex-union leader, has said he expects his administration's members to obey the law.

(Reporting by Nate Raymond in Boston; Editing by David Gregorio and Lisa Shumaker)