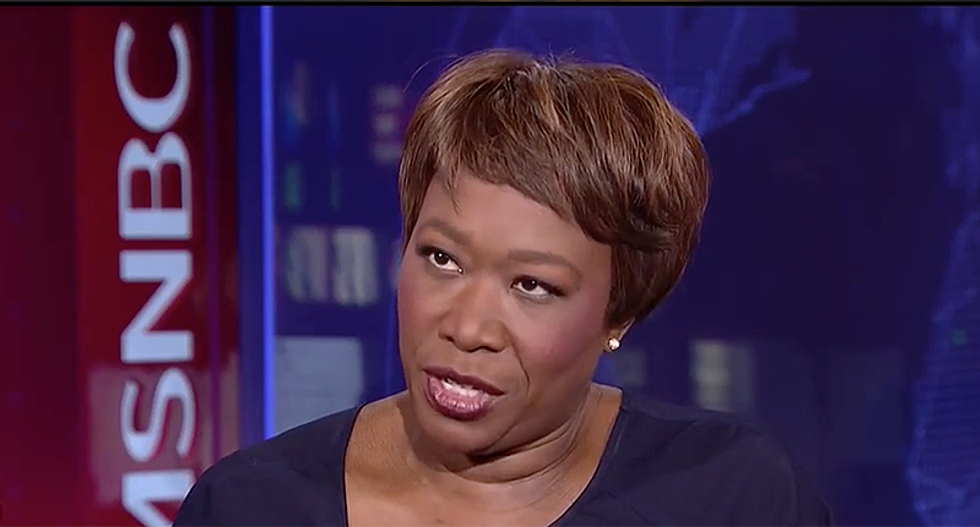 Joy Reid sounded off on the latest vile incident coming from inside the walls at Fox News.

The AM Joy host compared Eric Bolling, the conservative anchor at the embattled network, who’s been suspended for allegedly sending unsolicited photos of his genitals to three female colleagues, to an infamous NY politician.

After Reid unleashed on Bolling, she allowed one of the woman who has come forward to further explain her troubling allegations.

Dr. Caroline Heldman — an associate professor of politics at Occidental University — said that Bolling referred to her as “Dr. McHottie” on the air and contacted her repeatedly via phone and text with vulgar and sexually explicit messages.

“[Fox] was the Wild West of sexual harassment," said Heldman of the culture back in 2008 at the network. "It was very clear to me that I would have been immediately off air if I complained."

A FOX News spokesperson told Raw Story, “we are investigating this matter and all claims will be taken into account.”