From Charlottesville to Nazi Germany -- sometimes monuments have to fall 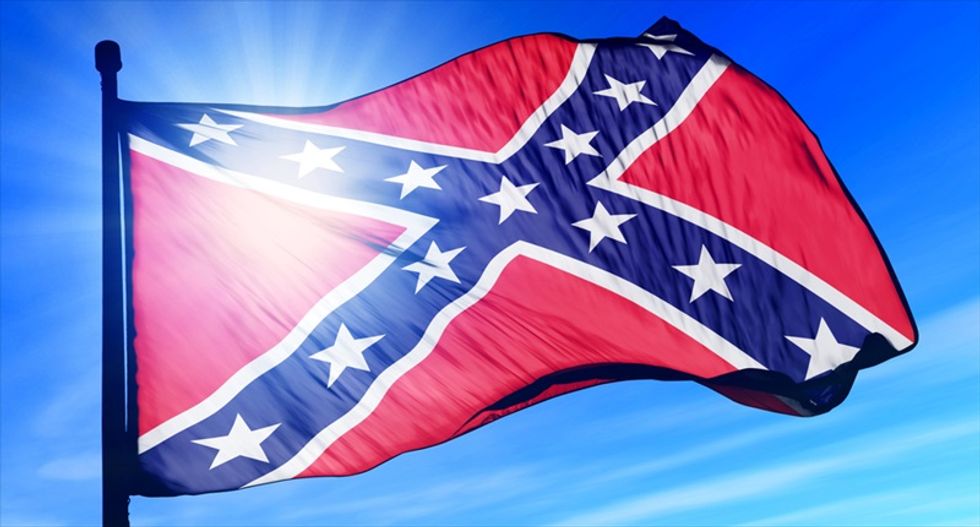 The recent turmoil over the removal of Confederate statues in the United States invites us to think about the importance of monuments and historical memory worldwide. It also invites us to ask, should statues that represent dark episodes in a country’s history be removed? Or should they be kept as reminders of trauma?

The taking down of a statue of Confederate icon General Robert E. Lee in Charlottesville, Virginia, encouraged groups of neo-Nazis and white nationalists to protest. These extremist groups claimed the decision was a direct attack on their cultural identity and an effort to rewrite history. As we now know, this led to violent clashes between these groups and counter-protestors, and the death of one young woman. It has also led to an unprecedented presidential crisis due to President Trump’s ambiguous statements on the matter.

Read more: Charlottesville, Virginia: the history of the statue at the centre of violent unrest

Following the Charlottesville violence, the far right (or alt-right, as it is also known), has planned as many as nine more rallies in the coming days. In Baltimore, Mayor Catherine Pugh decided to remove Confederate statues overnight, with no publicity, in an effort to ward off political and racial violence in her city, which has witnessed riots in the past. Other Confederate monuments are being removed across the country.

Removing Confederate statues in the US is not unprecedented, nor is it an effort to rewrite history. Rather, it demonstrates a deeper understanding of the nation’s troubled history. For decades, the productive capacity of the southern US depended on the forced migration of people from Africa and their slave labour. The void left by the Confederate monuments speaks even louder than the statues themselves, as the issue of race has gained currency there today.

The making of meaning

A monument, like the one to General Lee, is a material acknowledgement of a person’s virtue and contribution to the common good. Once history books are written and the voices of victims of dark episodes such as slavery have been heard, it is pertinent to reconsider the moral standing of figures who might have once been considered heroes and are depicted in statues.

Perhaps the most famous example of a monument’s removal for political reasons was the spectacular toppling of Saddam Hussein’s statue in Firdos Square in Baghdad in 2003. Symbolically, it marked the end of Iraq’s Baath dictatorship. This event, staged by the US Army and watched in real-time worldwide, represented the end of the regime even more than Saddam’s actual death by hanging in 2006.In Spain, after the death of dictator Francisco Franco in 1975, many towns with statues of Franco decided to remove them. The last Franco monument was removed from the mainland in 2008. The removal of these monuments was also met with the ire of conservative groups.

Learning from the past

A famous example is Memento Park in the outskirts of Budapest in Hungary, where a number of removed statues from the Communist period are kept for visitors to see them and learn about the horrors of the Soviet years. Some also appreciate them as aesthetic objects or a tourist attraction.

Read more: Why tourists go to sites associated with death and suffering

According to the Gregorian dictum, written 1400 years ago by Pope Gregory the Great: images should not be destroyed because they are the books of the illiterate. We learn the mistakes of our past from the images that we make, in the present, of that troublesome past.

When the past becomes poisonous

But some statues have to be removed as a cathartic event, as in the #RhodesMustFall movement in South Africa. At first, it demanded the removal of some statues of Cecil Rhodes, a notorious white supremacist and British imperialist, but the movement became so powerful that it eventually sparked demands for the fall of South African head of state, Jacob Zuma. Removing the statues relieved the accumulated social tensions.

Some statues need to be removed because of their embodiment of venomous ideologies, such as Nazism. For this reason, many symbols of Nazism such as the big swastika in the Zepellinfeld in Nuremberg were completely destroyed after the second world war in Germany. After all, images can work as didactic devices.

Perhaps Charlottesville is the first of many cases in which societies will reevaluate past atrocities. Regardless of the outcome, it’s clear that monuments and statues will sometimes help determine the course of history.