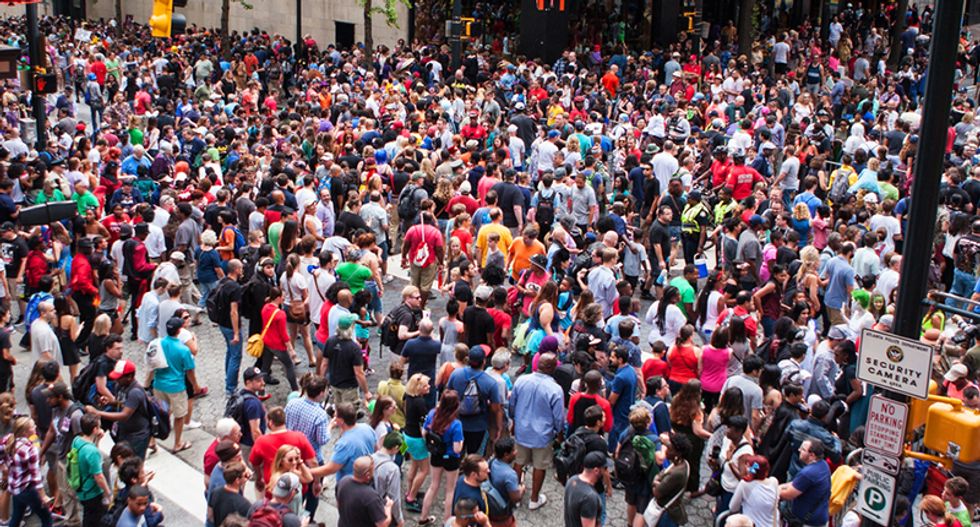 If a Georgia citizen hasn't had any "contact with local election officials or the state for at least the past three years" they were just purged from the vote rolls in the state.

A report from the Atlanta-Journal Constitution revealed that more than half of a million, 591,548 voters, have been purged from the rolls for being "inactive" voters. Anyone who has not voted, changed their registration information or signed a Georgia petition in the last three years got kicked off.

States are known for doing voter purges of inactive voters and the Brennan Center for Justice explained in a report that it is typical for states to use the "failure to vote as a trigger for a purge." They also suggest states send out notices to those they intend to purge to give them an opportunity to speak up. Georgia did this, but only to around 383,400 of those purged. The notices gave them 30 days to respond.

The American Civil Liberties Union of Georgia sued Fulton County Georgia Friday for only sending out voter notices if the person moved within the same county. If the voter moved across the state, Fulton County didn't reach out to the voter.

State and federal laws require that Georgia give voters two federal general election cycles before it removes them from the rolls, and Georgia was quick to jump on it. They claim that it was part of their "regular off-year maintenance of the rolls," which has 6.9 million voters.

The move came just as the U.S. Justice Department asked for information on the voter purge process in 44 states, including Georgia. Meanwhile, Kris Kobach has demanded personal voter information from each state. The request was part of his commission to investigate President Donald Trump's claim that 3 million people voted illegally, for which he has no evidence.

“Being made an ‘inactive’ voter has consequence,” said ACLU of Georgia legal director Sean Young. He explained that no voter should be considered "inactive" because the state laws don't require the action be taken for that group of voters.

Fulton County officials claim they did nothing wrong.

Given the propensity for voter suppression, Brennan Center wants to see strict criteria for voter purges that yields a higher degree of certainty that the person should not be included.