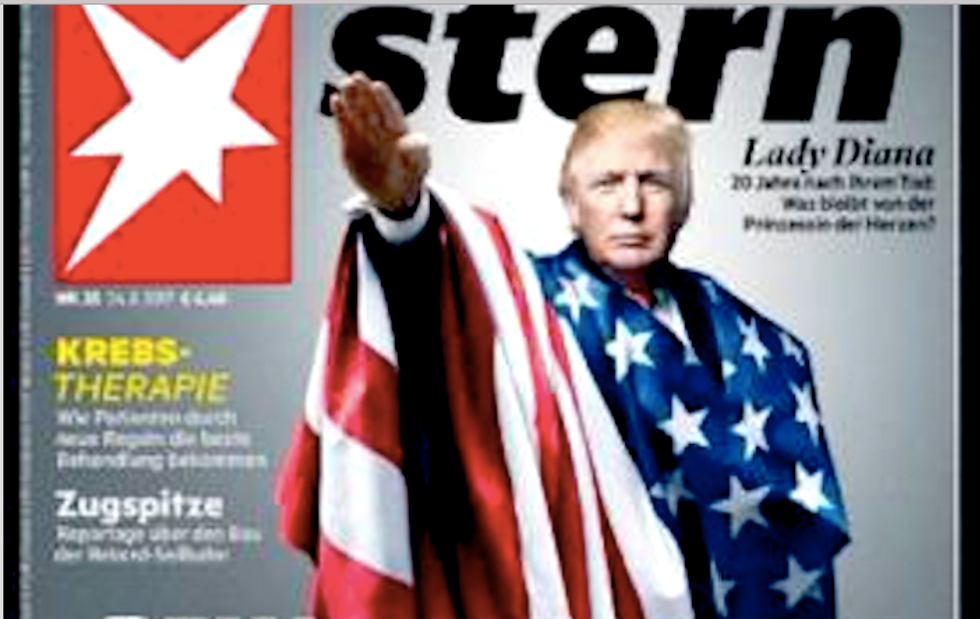 The German magazine Stern -- the German word for "star" -- issued its new edition on Wednesday with a cover featuring U.S. President Donald Trump giving the "Sieg heil" Nazi salute, according to The Hill. 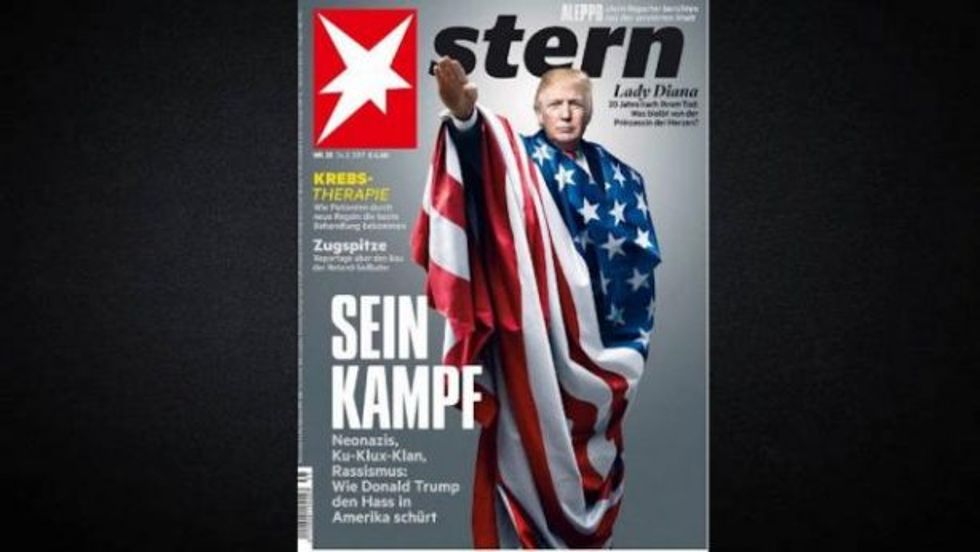 This is not the first magazine cover to directly draw the line between Trump and white supremacists. The Economist and The New Yorker both featured covers this week with images including KKK hoods.

During the first gubernatorial debate on Tuesday evening, former Gov. Paul LePage softened his rhetoric from previous statements on several issues ranging from voter fraud to whether he’d support restrictions on abortion rights.

Several statements LePage made during the debate with Democratic Gov. Janet Mills and independent Sam Hunkler stood in stark contrast to his record while in office.