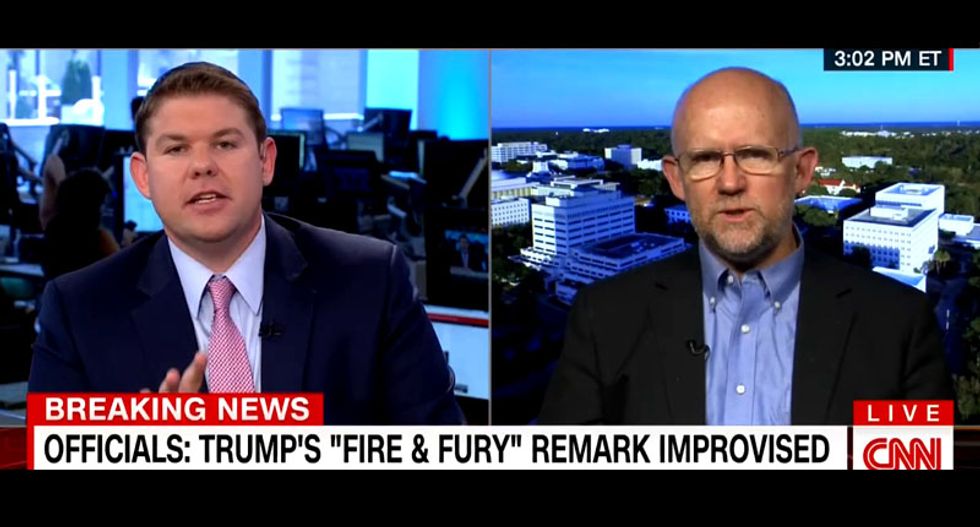 Ben Ferguson and Rick Wilson during an appearance on CNN (Screenshot)

Ferguson defended Trump for threatening to unleash "fire and fury" on North Korea if they continued to threaten the United States with their nuclear weapons program.

But Wilson, a frequent critic of the president, said Ferguson's ignorance about the Korean peninsula was "utterly staggering."

"That was some weapons grade stupidity right there," Wilson added. "The deterrence model is this: you say to another country, if you hit me with nuclear weapons, I will respond. Therefore, neither country does it. You don't say, if you talk bad about me, if you threaten me, I could respond with fire and fury."

But Ferguson insisted the past 8 years of "kumbaya" diplomacy had been a failure. The two continued to intensely argue for another seven minutes.