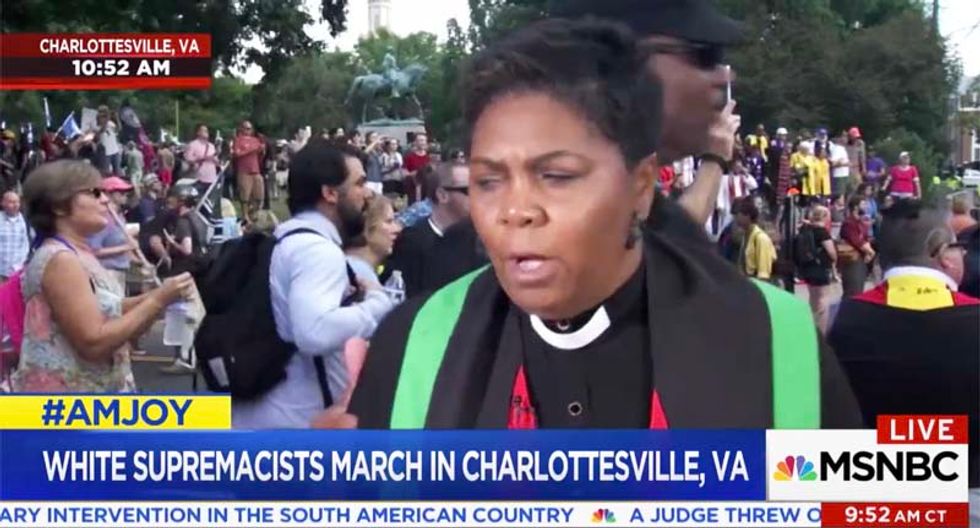 During a live-feed interview with MSNBC host Joy Reid, a black minister who was one of the counter-protesters at a white nationalist march in Charlottesville, Virginia suddenly had to bolt from the screen as her fellow pastors and other counter-protesters were attacked.

Host Reid was interviewing Rev. Traci Blackmon about the march when a security guard grabbed her and pulled her off-screen as she screamed, "Gotta go, gotta," as fights broke out nearby her.

"I don't know what is happening here, I don't know what just happen there had with our guest but we're going to try to find out what happened," Reid attempted to explain. And she was standing at the location where it looks like now violence has broken out among the crowd and for those who are unfamiliar with what's going on today in Charlottesville. Make sure our producers check on Reverend Blackmon and make sure she's okay, if somebody could please text her."

Reid later spoke with with Blackmon who said she was safe but that police were asking them to leave for their own safety.

Watch the dramatic video below via MSNBC: