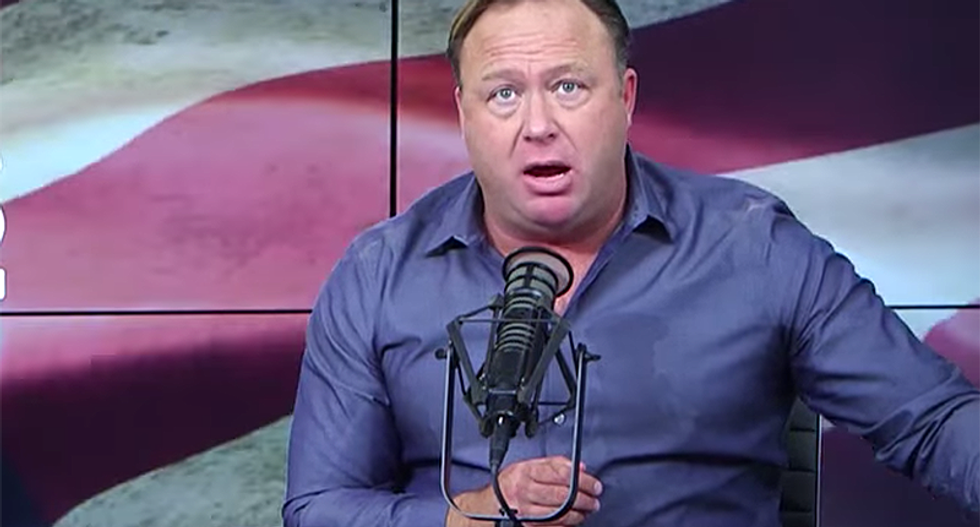 Spend enough time on the comments sections of the right-wing internet, and the significant number of people who hold beliefs based on completely false premises will become all too apparent. In this world, fact checks and hard evidence are all too easily flicked away with accusations of liberal bias, making civil discourse increasingly hostile and polarized at the expense of truth.

That’s because these audiences have been trapped under a tight bubble right-wing media has built, an ecosystem that makes it hard for truth to seep in, while lies ricochet endlessly inside. The bubble holds strong because it’s sustained on the tired trope that the mainstream media is hiding liberal biases under a mask of objectivity. President Donald Trump has taken this worn-out concept to dangerous levels by constantly undermining and antagonizing media outlets that he deems critical of him. Trump’s war on the press has invigorated unscrupulous smear merchants and power-hungry zealots in control of messaging within the bubble to suggest they are an honest alternative to mainstream media — honest in that they openly acknowledge their right-wing bias — and present themselves as a solution to a fabricated problem.

And the bubble becomes increasingly impenetrable by design; the tighter its grip grows over audiences, the more power its purveyors can trade to a political establishment that both needs the bubble for its survival and fears its influence.

What follows are five examples of absolute lies promoted by right-wing media figures that will infinitely bounce among right-wing audiences trapped under the bubble, in an impervious layer of chicanery and manipulation that doesn’t allow fact-checking, evidence or reality to penetrate. Even after these lies have been debunked over and over again, we at Media Matters continue to see them pop up online and on the airwaves:

Fox News host Sean Hannity has grossly exploited the murder of a Democratic National Committee (DNC) staffer, Seth Rich, to push the baseless claim that Rich provided WikiLeaks with the 20,000 hacked DNC emails released in 2016 to hurt the Clinton campaign, and that his murder was connected to the emails. Even after the allegations were proved false, forcing Fox News to retract its story about Rich, Hannity continued to pushthe false narrative. Hannity, who said the murder “could become one of the biggest scandals in American history,” claimed that he would stop discussing the story “for now” in response to the Rich family’s pleas to stop exploiting Rich’s death. Hannity’s obsession with pushing the lie caused him to lose advertisers, demonstrating the risk his volatility presents to brands that associate with his show. On Aug. 1, a lawsuit filed against Fox News revealed that the baseless Seth Rich story had been pushed by the network and Ed Butowsky, a Trump supporter, with the purpose of deflecting public attention from the Trump administration’s ties to Russia.

Infowars host Alex Jones relentlessly pushed the lie that a family-friendly pizza restaurant in Washington, DC served as a cover-up for a pedophilia ring that involved the top leadership of the Hillary Clinton presidential campaign. In one instance, Jones invited audience members of his show to take matters into their own hands and “investigate” because “Pizzagate is real.” On Dec. 4, 2016, Edgar Maddison Welch — a listener — entered the restaurant armed with a rifle to “self-investigate” the false allegations. Following the terrifying incident, Jones attempted to scrub his website of Pizzagate-related content and falsely denied having promoted the lie; yet he also apologized under pressure to the owner of the restaurant.

In an attempt to amplify the narrative that voter fraud is rampant, Fox’s morning talk show (and Trump’s favorite show) Fox & Friends pushed the lie that “voter fraud isn’t really a myth at all.” The segment hyped a flawed and debunked claim about illegal voting in Virginia and speculated that undocumented immigrants were registered to vote. This recurring and widespread lie made its way to Trump’s Twitter feed after the election, where he claimed that millions voted illegally in the election, a claim that holds no truthwhatsoever.

In reality, experts agree that “the rate of voter fraud in American elections is close to zero” and that the rates of noncitizens voting are low, occurring when people are “confused about their eligibility.”

In reality, experts agree that voter fraud in American elections is a myth, as cases of voter fraud are extremely rare. Data also shows that the rates of non-citizens voting are low, only occurring when people are “confused about their eligibility.”

Lie #5: Breitbart.com: “Mob” of Muslims tried to burn down a German church

On Jan. 3, Breitbart reported the false story that a “1,000-man mob” had attacked police and set a German church on fire. The story was condemned by local police and politicians as well as debunked by local, national and international media outlets. The reality was that as 1,000 people were gathered in the streets celebrating the new year, some set off fireworks, and one firework started a small fire — which was quickly extinguished — on the netting around the church’s scaffolding. Breitbart responded by triumphantly claiming that the outlets debunking the story were in fact confirming it, showing facts won’t get in the way of its ongoing effort to amplify anti-Muslim sentiments.