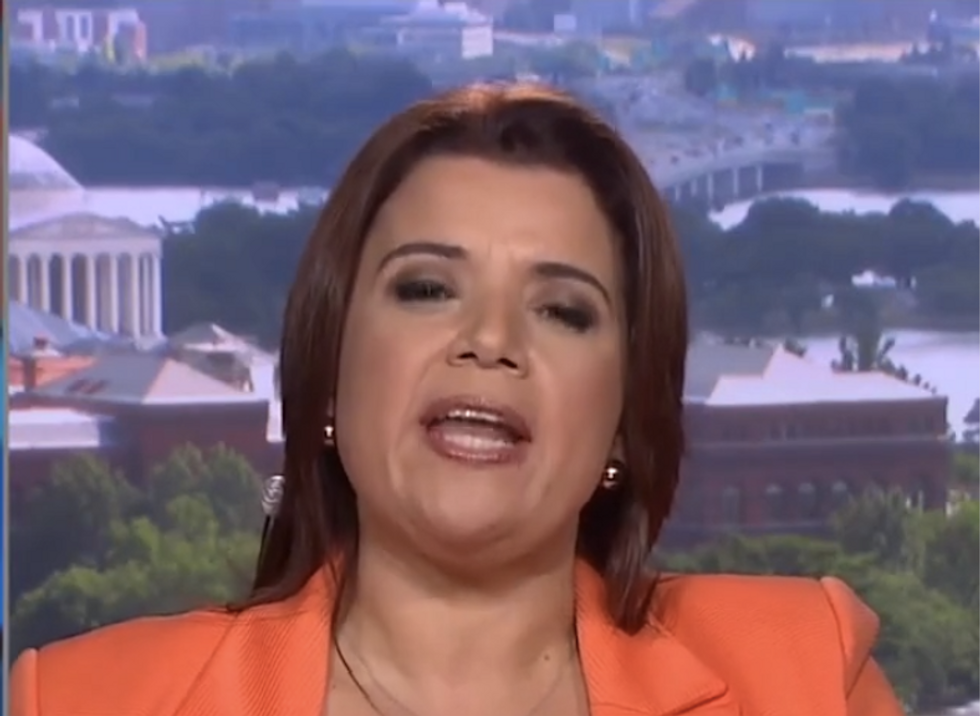 On CNN Monday morning, a revved-up Ana Navarro smacked down President Donald Trump over his response to the Charlottesville violence.

"Why do you feel this was the worst of the worst?" host John Berman asked.

"He's six months plus into the presidency and there are times when the president of the United States needs to step up and be the unifier in chief, be the consoler in chief, be the healer in chief," the Republican strategist continued. "This was a moment for him and he blew it to pander to members of his base who he did not want to antagonize. At a moment when the country so badly needed to hear from the president of the United States about healing and unity and supremacy and condemning racism and condemning neo-Nazis and he was a coward."

"He didn't have the spine to stand-up as leader of the United States, that is shameful."

Navarro later doubled down on that, calling Trump a "shameful nincompoop."