'I can’t believe it just happened': Fox News host on the verge of tears over Trump's 'disgusting' presser 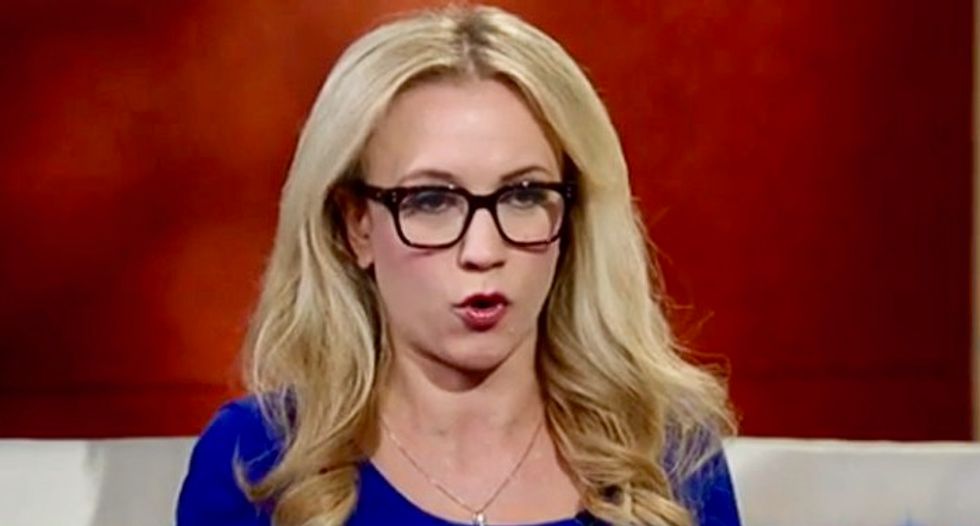 President Donald Trump's comments that "there's blame on both sides" in the deadly violence at Saturday's "Unite the Right" rally were so shocking, even Fox News hosts are freaking out about it.

"It's honestly crazy for me to have to comment on this right now," host Kat Timpf said on "The Specialists" Tuesday. "I'm still in the phase where I'm wondering if it was actually real life."

Timpf was dumbfounded by Trump's assertion that leftist counterprotesters were to blame for the attack on their numbers by an Alex Fields, Jr., an avowed neo-Nazi who killed one woman and maimed dozens of others when he drove his car into a crowd.

"It was one of the biggest messes I've ever seen and I can't believe it just happened," Timpf said.

She went on to say that she was surprised Trump didn't blame the attack on Islamic terrorism.

"It shouldn't be some kind of bold statement to say 'yes, a gathering full of white supremacist Nazis doesn't have good people in it,'" Timpf said, referencing Trump's comments where he said there were "very fine people on both sides too."

That it's "controversial" to call Nazis bad people, Timpf said, made her want to laugh and cry and equal measure.

"I don't know if I should just laugh -- I have too much eye makeup on to start crying right now," she concluded.

Watch the young Fox News host lose it over Trump's "both sides" comments below.