'I want to hear all of it': Congressional investigators call for Don Jr.'s phone records 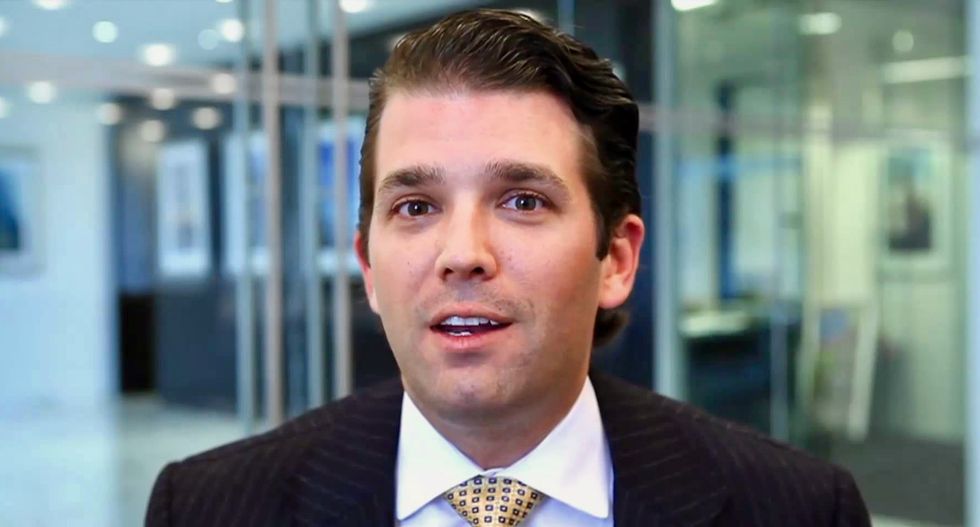 Congressional investigators have Donald Trump, Jr.'s phone records in their crosshairs, as per a CBS News report.

A source in Congress told CBS that investigators have a "high interest" in getting Trump Jr.'s phone records related to his June 9, 2016 meeting with a Russian envoy who promised "dirt" on his dad's then-opponent Hillary Clinton.

They also are interested in obtaining emails from Trump Jr. about the meeting, as well as emails from former Trump campaign chair Paul Manafort and his son-in-law Jared Kushner.

"We want all relevant documents," the source told CBS.

CBS also noted that Sen. James Risch (R-ID), a member of the Senate Intelligence Committee and former supporter of President Trump's, is publicly calling for phone records and emails related to the meeting as well.

"I guarantee you there were phone calls in addition to those emails, and I want to hear all of it," Risch said.