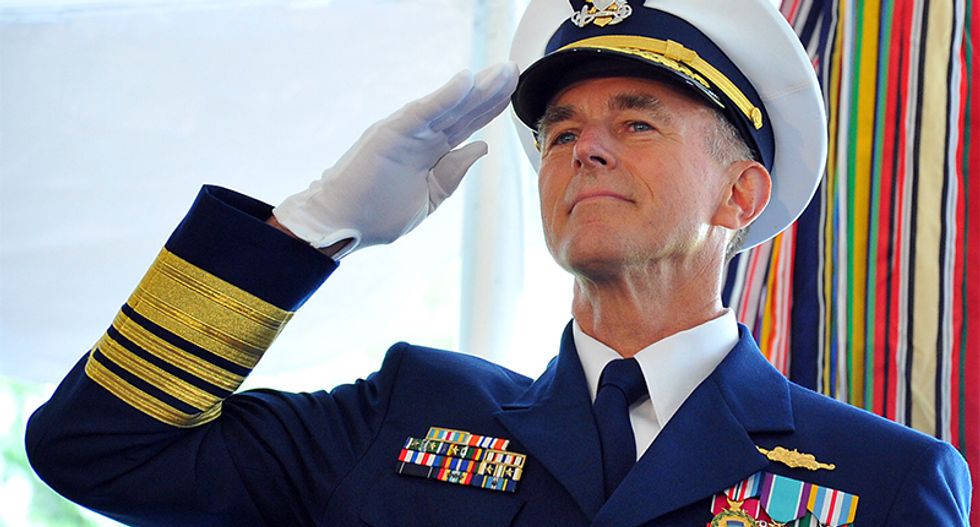 The Coast Guard has decided that it will not honor President Donald Trump's order to ban transgender people from serving in their ranks. The president later claimed it was too expensive to pay their medical costs.

Military.com quoted Admiral Paul Zukunft, saying that his first action upon hearing Trump's ban was to reach out to all 13 members of the Coast Guard that self-identified as transgender.

"I reached out personally to Lt. Taylor Miller, who was featured on the cover of The Washington Post last week," Zukunft said. "If you read that story, Taylor's family has disowned her. Her family is the United States Coast Guard. And I told Taylor, 'I will not turn my back. We have made an investment in you, and you have made an investment in the Coast Guard, and I will not break faith.'"

Thus far, no guidance has been provided by the White House over implementation of Trump's ban. However, the Joints Chiefs of Staff have said that there will not be any change in their policy until things are worked out.

Trump claimed that he made the decision in consultation with his generals, though many of Trump's generals didn't know the decision was coming. Army Chief of Staff Gen. Mark Milley admitted he found out about the decision from the news.

Neither the Senate nor House Armed Services Committees knew that the declaration was coming from the president. Senate Chair John McCain (R-AZ) called Trump's decision inappropriate. Indeed, a chorus of Republicans joined McCain in denouncing the decision, including conservatives like Sens. Orin Hatch (R-UT) and Joni Ernst (R-IA). The conservative editorial board of the Wall Street Journal blasted the decision as well.