‘I would not be happy’: Michigan Republican weakly threatens to ‘speak out against’ Trump firing Mueller 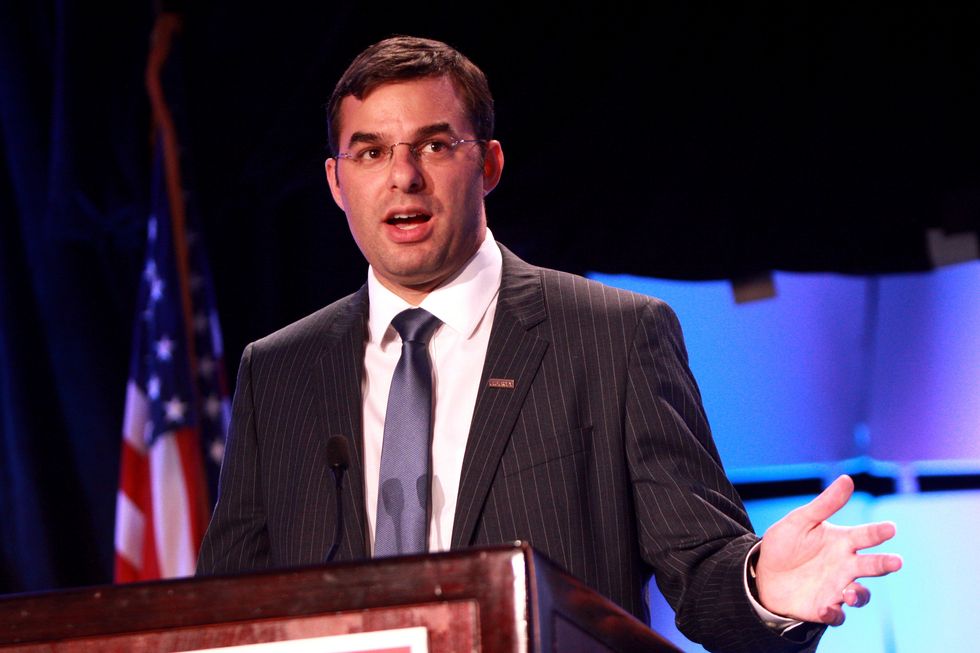 A Michigan Republican who floated the idea of impeachment over FBI director James Comey's firing offered a more tepid response to the possibility that President Donald Trump might fire the special counsel investigating his campaign ties to Russia.

Rep. Justin Amash (R-MI) said in May that, if forced to choose, he would trust Comey over Trump, but he was a bit more mild toward the possibility that the president would have Robert Mueller removed as special counsel, reported the Detroit Free Press.

The lawmaker hosted a town hall Tuesday night in East Grand Rapids, where constituents challenged his vote to repeal the Affordable Care Act and against Russia sanctions -- which he believes are too broad and undefined.

One man asked Amash, who one of only two GOP lawmakers who signed a petition calling for an independent investigation of Russian election meddling, what he would do if the president took steps to take Mueller off the Justice Department investigation of his ties to Russia.

“I will certainly speak out against it,” Amash said. “Under the current conditions, I would not be happy about it. We have an executive branch that’s supposed to be controlled by the president. He has the authority to fire people, but he should allow these investigations to be independent.”

Amash stopped short of answering questions about impeachment, saying he would wait until the investigation was complete before deciding whether to take that step.