‘If this was tactical — where’s the diplomacy?‘: Andrea Mitchell shreds GOP spin on Trump threats 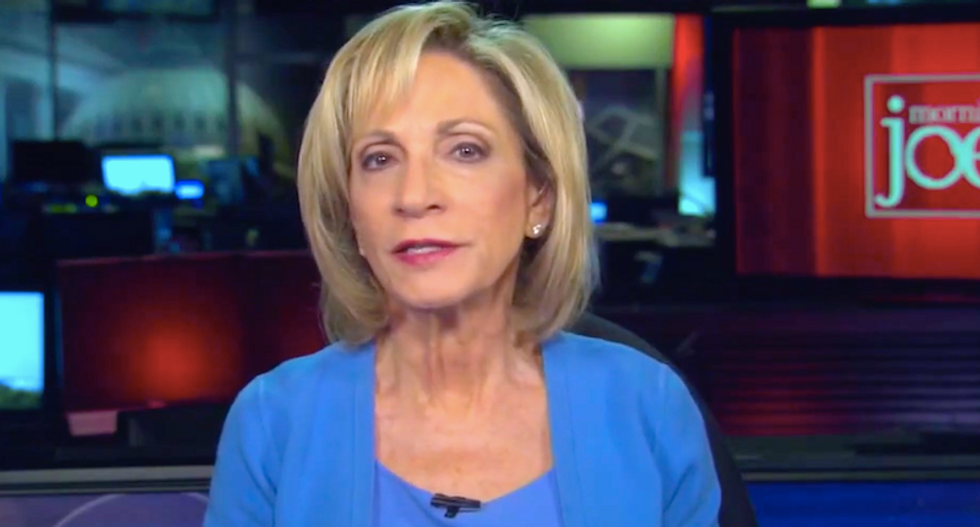 President Donald Trump issued a terrifying warning to North Korea that its nuclear program could be met with "fire and fury" -- but NBC's Andrea Mitchell showed why his bluster was not part of some broader White House strategy.

Mitchell argued that Secretary of State Rex Tillerson was clearly caught off guard by the president's remarks from his New Jersey golf club, and she dismissed White House efforts to backfill the comments as tactical.

"I was struck by the fact that you and I and others, we've been talking about maybe this was tactical, maybe the president was trying to send a message to Beijing," Mitchell told MSNBC analyst David Ignatius. "You were talking about the madman theory -- I'm serious about this."

She dismissed those rationalizations as nonsense.

"The fact is, if that were the case, Tillerson had not at that point talked to either Russia or China, to his counterparts, in two days," Mitchell said. "He saw them in Manila, then he went to Bangkok, had a whole visit there overnight, then went to Malaysia, had a whole visit there, now he's on his way to Guam. He had not picked up the phone and talked to Wang Yi or Sergey Lavrov and said, 'You heard my president, he's really serious.'"