'I'm not even f*cking white!': Hispanic white nationalist explains why he was proud to march with KKK 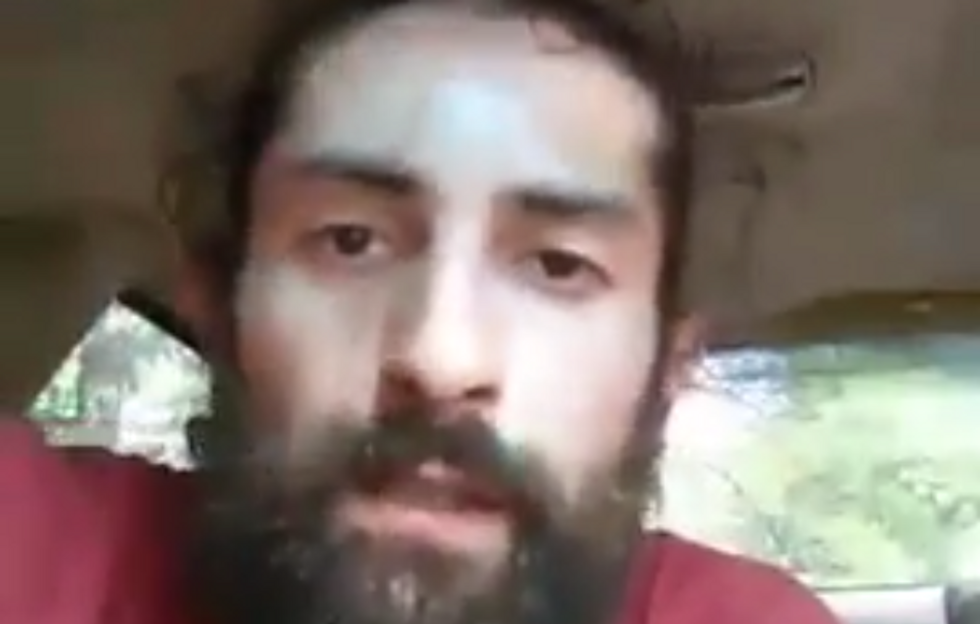 Alex Michael Ramos, a man of Puerto Rican descent who marched at last week's white nationalist march in Charlottesville, Virginia, posted a video this week explaining why he felt comfortable marching with Klansmen and neo-Nazis even though they don't technically consider him white.

In the video, Ramos said he was proud to be caught on video participating in an assault on a black teen down in Charlottesville.

"Yeah, I'm glad I stomped some ass out there, and I don't give a f*ck," Ramos said at one point. "I'm happy about it. You hurt my people, I guess we hurt you back."

A little later in the video, Ramos said that he rejected the idea that he was a white supremacist, despite the fact that he proudly marched with neo-Nazis and the KKK.

"I'm not even f*cking white, so how am I a superior race?" he asked rhetorically. "I'm Spanish, listen: 'Puerto Ricano.'"

Ramos also responded to a Facebook user who asked Ramos if he understood that his Puerto Rican heritage meant there was a chance that he had black ancestors.

"Okay, so are you trying to make me feel some kind of way because I have black ancestors, because we f*cking blended blood?" he asked, suddenly growing emotional.

He then emphasized that his ancestry was part Taíno, the indigenous ethnic group that was native to Puerto Rico before Europeans came over and "raped" them.

Another Facebook user then asked him, "If you marched with racists, what does that make you?"