‘It is personal’: Former ambassador to Russia emotionally defends patriotic US diplomats from Trump's vitriol 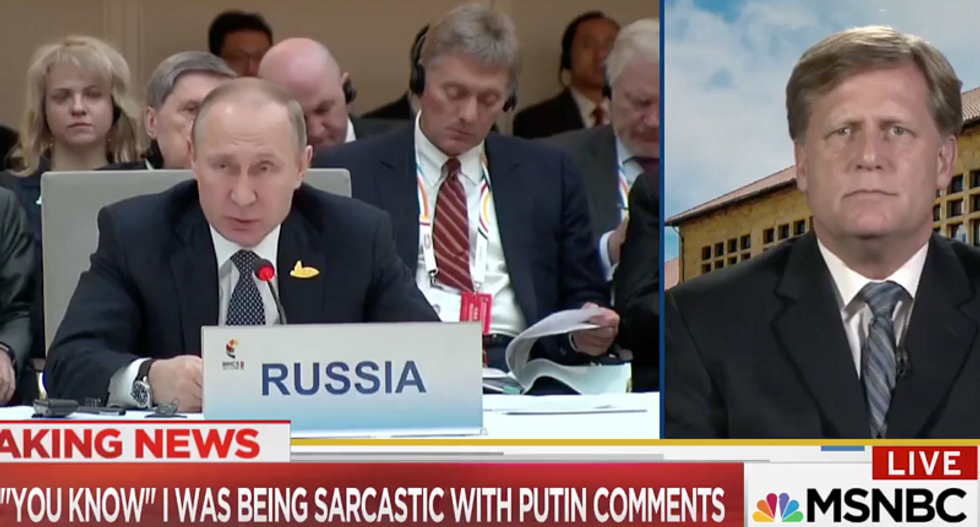 The White House claims the President was being sarcastic.

"It sounded weak in terms of Russian ears," Ambassador McFaul concluded."What President Trump said -- sarcastic or not -- was a very weak response."

Trump "loses the moment to say there's going to be a response on September 1st when is so nonchalantly and flippantly says thanks Vladimir Putin," McFaul explained. "Why is Mr. Putin the one person in the world that President Trump refuses to criticize? I just don't understand that."

"You appear to almost be on the verge of getting emotional when you talk about this," host Craig Melvin noted.

"Well, because it's personal, Craig, I know those people in the embassy," Ambassador McFaul reminded. "These are not just numbers in some reduction in some kind of restructuring in some business, these are dedicated Americans who signed up, took an oath of allegiance to serve the United States of America. Their leader is President Trump, he needs to act like a leader for those people."

The hardest hit will be the Russians who worked for the American embassy.

"I also know a lot of Russians, by the way, that will lose their jobs and have virtually no chance of finding another job in Russia because they are considered traitors to their country," McFaul noted. "Those people are in dire straits right now."

"President Trump should be applauding them, showing solidarity with them, thank them from their service," McFaul suggested. "Not joking about them in some genuflection with Vladimir Putin."