'It was his idea': Sean Spicer is 'asking' to spoof himself on Saturday Night Live 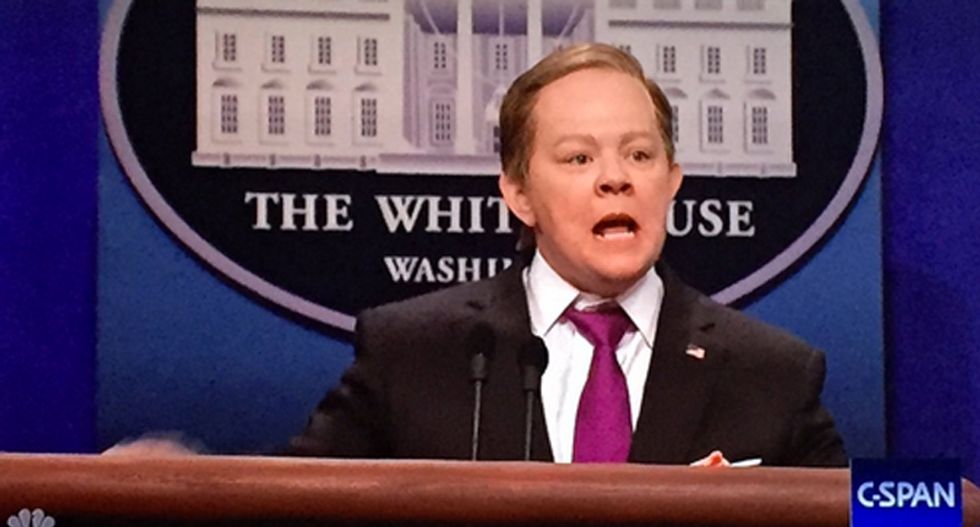 This week, sources told Us Weekly that Spicer is now "angling" to take a crack at showing off his own comedic skills.

“He is asking people about getting on — it was his idea!” one source told the publication.

As press secretary, Spicer criticized McCarthy's depiction of him, telling Fox News, “There’s a lot of it that was over the line. It wasn’t funny. It was stupid or silly or malicious.”