'It's economic slavery': Missouri mom with two kids works six days a week in fast food and is still homeless 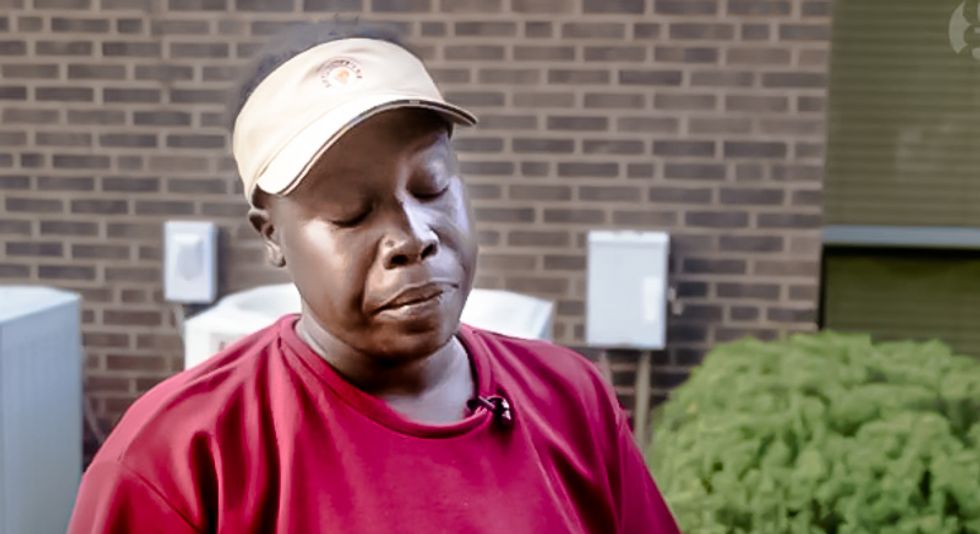 A Missouri mother says that she can't afford a roof over her children's head even though she works six days a week.

Fran Marion told The Guardian that she has worked in fast food for 22 years and is currently employed at a Kansas City Popeyes making $9.50 an hour. She recently lost her second job, a janitorial position at the Bartle Hall convention center.

To make matters worse, the home Marion lived in was recently condemned by the city, and she was made homeless when the landlord refused to bring the residence up to code.

Marion said that a friend was able to take in her children, 15-year-old Ravyn and 14-year-old Rashad. But she lamented that she had not been able to see her kids in over a week.

As for Marion, she is staying with a fellow fast-food worker in a neighborhood known for prostitution and drug trade.

“Not having a home, honestly, you guys, it makes me feel like I am a failure. Like I have let my kids down,” Marion explained. “My family is not benefiting. I’m working so hard to come home, and still I have to decide whether I am going to put food on the table or am I going to pay the light bill, or pay rent."

“It makes me feel like a peasant," she added. "In a way it’s slavery. It’s economic slavery.”

That's why Marion and fellow fast-food worker Bridget Hughes are leading the "Fight for $15" in Kansas City, a movement to encourage restaurants to pay a living wage.

“There is wave. There is momentum. I think that with all of working together, we will win $15 in the end,” Marion promised.

But until lawmakers catch up with the reality of low-wage workers, Marion and Hughes will continue to struggle.

“At the top of America, when it comes to [President Donald Trump] and them, their goal is to keep us down,” she says. “Between these billion-dollar companies and Trump, it’s a power trip.”

Watch the video below from The Guardian.