'This was violence and terrorism': Joy Reid sees deeper evil in racist rally that wasn't just a march gone awry 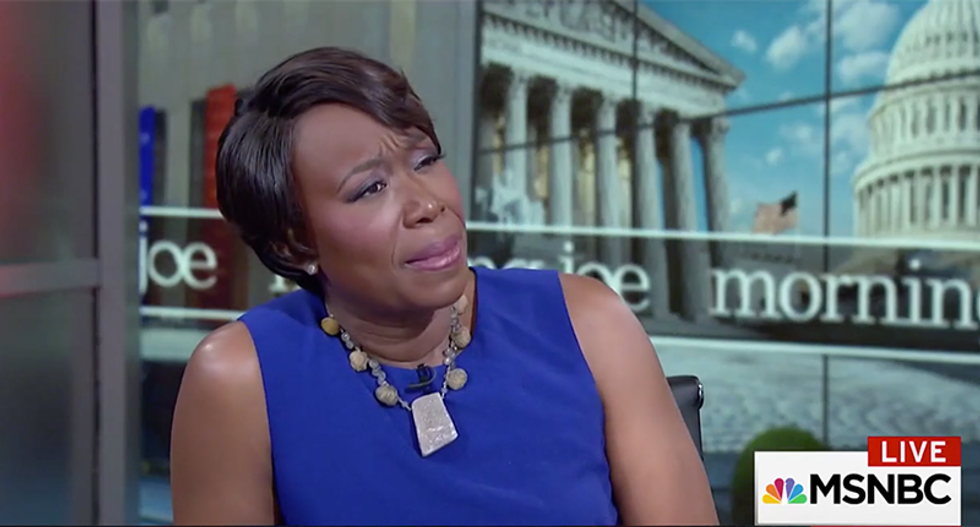 MSNBC's Joy Reid called out evangelical Christians for their inaction over the weekend in denouncing the riots in Charlottesville, Virginia after faith leaders faced backlash.

Reid painted a picture of pastors that were locked inside the church as the white supremacists and Nazis surrounded the building with torches outside.

"They were inside praying while outside you could hear the rumbling and roar," Reid described, noting that one pastor was alive during the segregated south. "She said it sounded like a lynching outside."

"Think about the terror they inflicted on Christian pastors the night before the rally," Reid noted. She cited overwhelming support Trump got from the evangelical community and wondered why that same faith community didn't demand Trump speak out given the pastors that were attacked.

It should have been a no brainer for Trump to stand up in strong opposition to the violence and hate, but Reid said that moment never came.

"This was not a march that went awry - this was violence and terrorism perpetrated against lay people, Christians, peaceful marchers who were just there to organize against hate," Reid continued. "This was the easiest, lowest bar a president would have to reach to condemn that. The fact that he had to be forced to do it is a scandal on the presidency. It's a shame. It takes away the moral authority of the office."

She then went on to wonder why the media is continuing to give the spotlight to white supremacists. The sensationalism of covering the violence and the bizarre has taken over the news cycle and inadvertently given a platform to Nazis.

"I'm wondering why are we doing that?" Reid asked. "Why is the media doing full-on profiles of these white nationalist leaders as if they are normal political figures?"

"These are people who should be on the fringes," she went on. "I was a kid when -- I'm old enough to remember when David Duke first took off the Klan robes and said we're now going to dress up in suits, and he innovated that, and [Richard] Spencer is sort of the next generation of that. I think we give them too much attention."

She gave props to GoDaddy, headed by a conservative CEO and Trump supporter who finally agreed to pull down the websites of these people.

"It's a shame that we have to know the names of all of these people," she said.