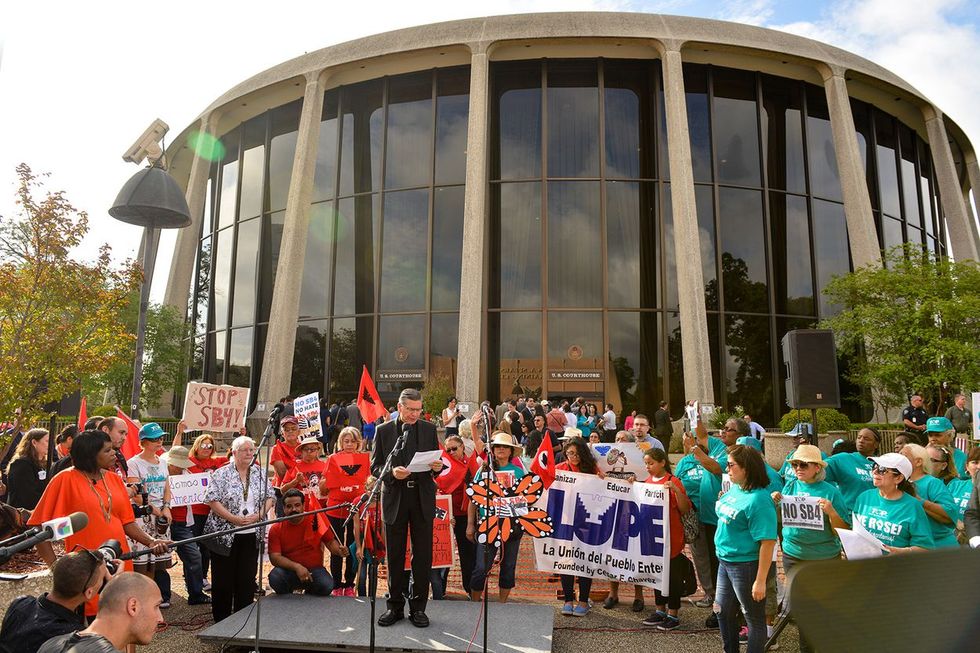 A federal district judge on Wednesday ruled against the state of Texas and halted a controversial state-based immigration enforcement law just days before it was scheduled to go into effect.

The bill was scheduled to go into effect Sept. 1, but opponents of the legislation, including the cities of Houston, Austin, San Antonio and El Cenizo, as well as Maverick and El Paso counties and the Mexican American Legal Defense and Educational Fund, argued the bill violates several provisions of the Constitution. Garcia's decision means the bill is on hold until that issue is decided; his court will now likely set another date to determine SB4’s constitutionality.

His decision is a temporary, but significant blow to Abbott and other Republican backers of the bill who said it would help keep Texans safe from undocumented immigrants that have been arrested on criminal charges but released from custody by sheriffs or other elected officials who refuse to hold the alleged criminals for possible deportation.

As passed, SB 4 allows local law enforcement officers to question the immigration status of people they detain or arrest and seeks to punish local government department heads and elected officials who don’t cooperate with federal immigration "detainers" — requests by agents to turn over immigrants subject to possible deportation. Punishment could come in the form of jail time and penalties that exceed $25,000.