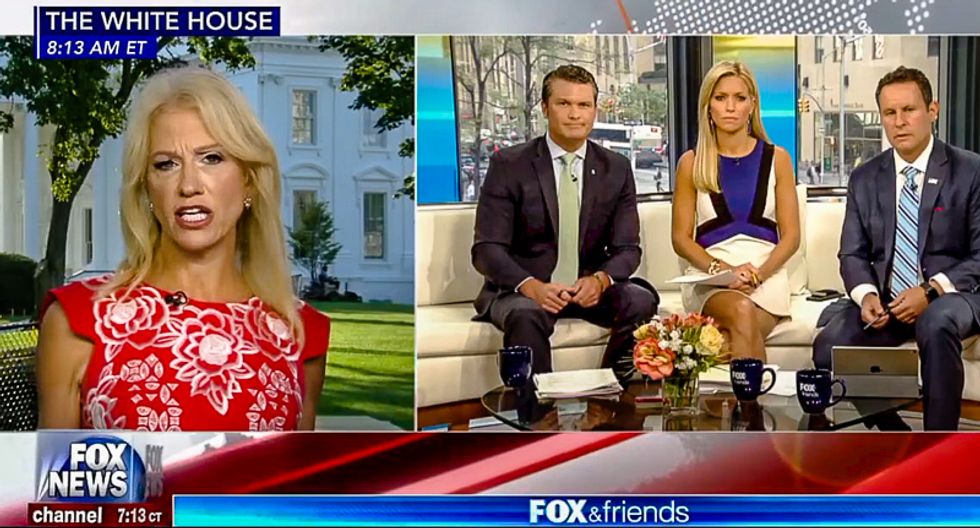 During a Thursday morning interview on Fox News, host Ainsley Earhardt asked Conway "woman to woman" what she thought "about the mainstream media making such a big deal over Melania's shoes."

"Predictable," Conway quipped. "We saw the president and the first lady's hearts that day, not what was on their feet. And it suggests to me, Ainsley, that the left is very worried that the president is successfully showing leadership and compassion and empathy and resolve and action -- coordinating with federal officials but also showing the people of Texas and Louisiana, we as Americans, stand with our brothers and sisters there."

Conway completed her defense by pointing out that the first lady changed from high heel shoes into flats before landing in Texas.

"This is what cracks me up about the feminists," Conway said, doing her impression of a feminist: "I'm an independent, nobody tells me what to do."

"They get upset when somebody says, 'You're wearing a pretty dress or calls you honey," she charged. "But they have judgement end on end."