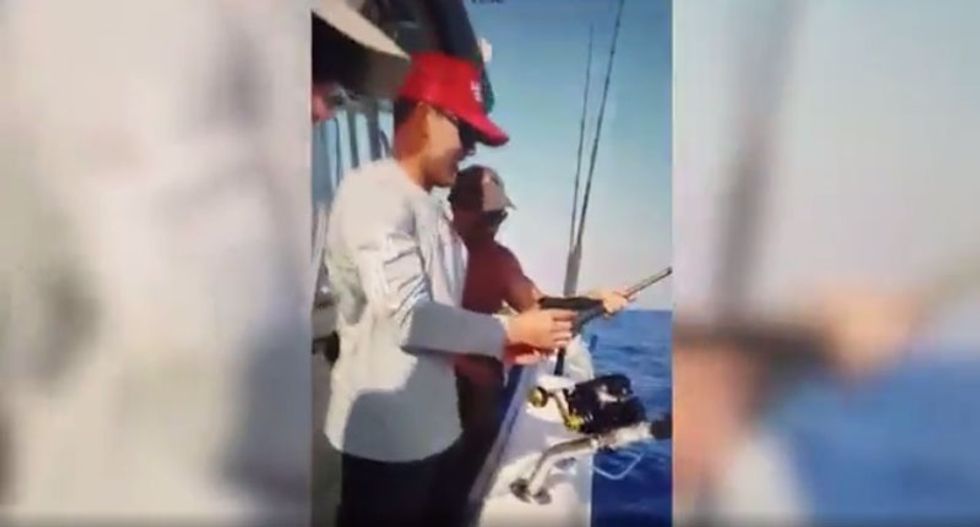 A new video has emerged of men shooting a shark somewhere off the coast of Florida.

In the video, the group of unidentified men can be seen reeling in a hammerhead shark before firing two gunshots into its side. They laugh before lowering the dying animal back into the water.

“This videotape speaks for itself. It is heinous,” animal activist Russ Rector, who obtained the video, told WSVN.

The Florida Fish and Wildlife Conservation Commission said it is not legal to shoot a shark in Florida waters. However, it is legal to do so in federal waters. It is unclear where and when the shooting took place.

The FWC said it is investigating the incident.

The video emerged after another case of alleged animal abuse ignited outrage. Last month, a video showed men dragging a shark behind a speeding boat.

Rector believes the same men are responsible for both videos.

"My first reaction was how ridiculous it was and how cruel it was, quite frankly," he told the Miami Herald. "This was all done so they can videotape it and show it to their friends."

Watch the video below. (Warning: graphic)