Many pieces to tax reform puzzle for Trump, US Congress 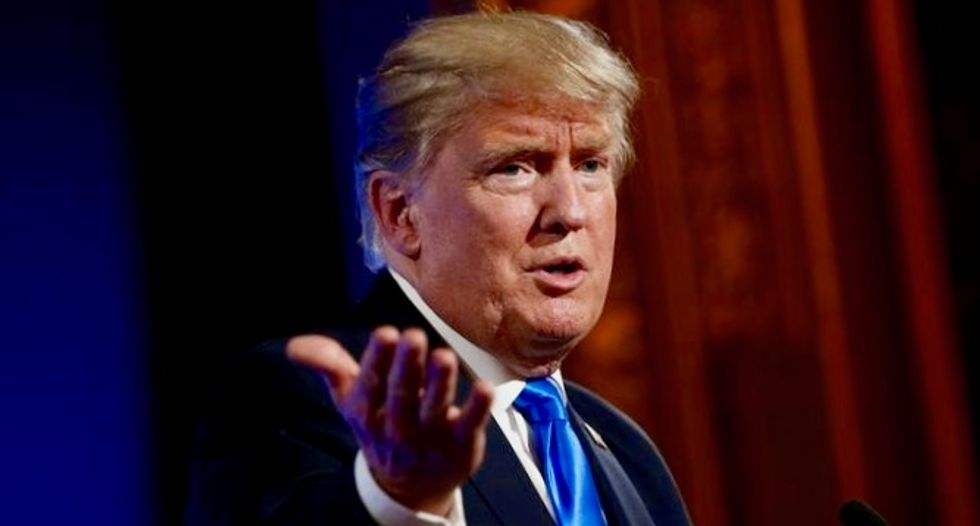 President Donald Trump and congressional Republicans, fresh from their failed push to repeal Obamacare, are now tackling a project that has eluded Washington for 30 years - tax reform.

Tax staffers are meeting in the House of Representatives and the Senate through the August break to work on legislation that is expected to be unveiled next month. Some analysts are skeptical that the fractious Republicans are up to comprehensive tax reform, even though the party controls both chambers, and say Republican may have to settle for a handful of tax cuts.

Here are some of the key tax issues ahead.

In proposals to simplify taxes, Trump wants to shrink the number of tax brackets to three from seven and double the standard deduction, a set level of income exempt from tax. The latter move, analysts say, would sharply reduce the number of taxpayers who can claim certain narrower deductions, such as the ones for mortgage interest and charitable donations.

Trump has also promised, without providing much detail, more help for families with child and dependent care expenses and to eliminate targeted tax breaks that benefit wealthy people.

In two proposals that would help mainly high-income and wealthy taxpayers, Trump and congressional Republicans want to repeal the estate tax and the alternative minimum tax.

The estate tax, which Republicans call the "death tax," is a tax on the assets left to heirs by people when they die. It is paid by very few Americans because it currently applies only to inheritances exceeding $5.49 million per person.

The alternative minimum tax is a way to make sure that mostly high-earners who have many deductions pay some taxes.

An effort by Trump and congressional Republicans to repeal former President Barack Obama's Affordable Care Act and the taxes that support it failed in July. Those taxes, including a 3.8-percent surtax on investment income and a 0.9-percent payroll tax to support the Medicare healthcare program for the elderly, remain on the books for now.

Americans can deduct taxes paid to state and local governments from their federal tax bills. Trump and House Republican leaders want to end this. The proposal would most hurt states where Democrats dominate because those states tend to charge higher state and local taxes and provide more government services, with the result that their residents take larger federal deductions. But the proposal is opposed by at least 20 House Republicans, reducing its chances of enactment.

Tax deductions for interest paid on mortgages and donations to charities are probably safe. Trump has promised to protect them.

Yet, there has been discussion of lowering the cap on the mortgage interest deduction to $500,000 from $1 million. Analysts say that would generate enough revenue to cut the corporate tax rate by three percentage points, but such a move would pit upper-middle class and wealthy homeowners against multinational corporations.

Lobbyists for real estate businesses and philanthropies say that, if the standard deduction doubled, fewer taxpayers would be able to claim the mortgage interest and charitable giving deductions. That could undermine home-buying and donations to philanthropies, they say.

Corporations pay 35 percent of their profits in taxes, at least on paper. Trump wants to slash that to 15 percent; House Republicans want 20 percent; some lawmakers say 25 percent might be achievable. No consensus on the rate has been reached.

Trump wants a special, low tax rate for "pass-through" businesses, which are private companies that pass their profits through to owners as income that is taxed at the individual rate. Most U.S. businesses are pass-throughs and range from family-run shops to large businesses. The idea of a special tax rate for them raises the prospect of a new wave of tax avoidance schemes with wage earners funneling income into "pass-through" structures.

Under Republicans' plans, about $2.6 trillion in corporate profits now parked abroad would be repatriated, or brought into the United States, and taxed at 3.5 percent to 8.75 percent payable over eight years. That rate would be way below the 35 percent tax that is owed now on those profits, but that is payable only if they enter the country.

Republicans also want to change the corporate income tax so companies are no longer taxed on foreign profits by adopting a so-called "territorial" system, replacing the "worldwide" system in which U.S. companies are taxed on profits globally.

The U.S. tax code allows corporations to defer tax payments on foreign profits held overseas. Corporations have been stockpiling profits abroad to avoid paying the 35 percent U.S. corporate rate, which under current law they would owe when the money is returned to U.S. soil.

Tax cuts generally reduce federal revenue and raise the budget deficit. The deficit is estimated in fiscal 2017 to hit $693 billion, or 3.6 percent of U.S. gross domestic product (GDP), up from 3.1 percent in 2016.

With that in mind, Republican deficit hawks could make it hard for Trump to push through any deficit-expanding tax measures.

Some Republicans want Congress's nonpartisan, professional tax and budget analysts to make more use of "dynamic scoring" in estimating the impact of tax changes on the budget. The approach tends to assume an increased economic stimulus effect from tax cuts, resulting in smaller projected increases to the deficit.