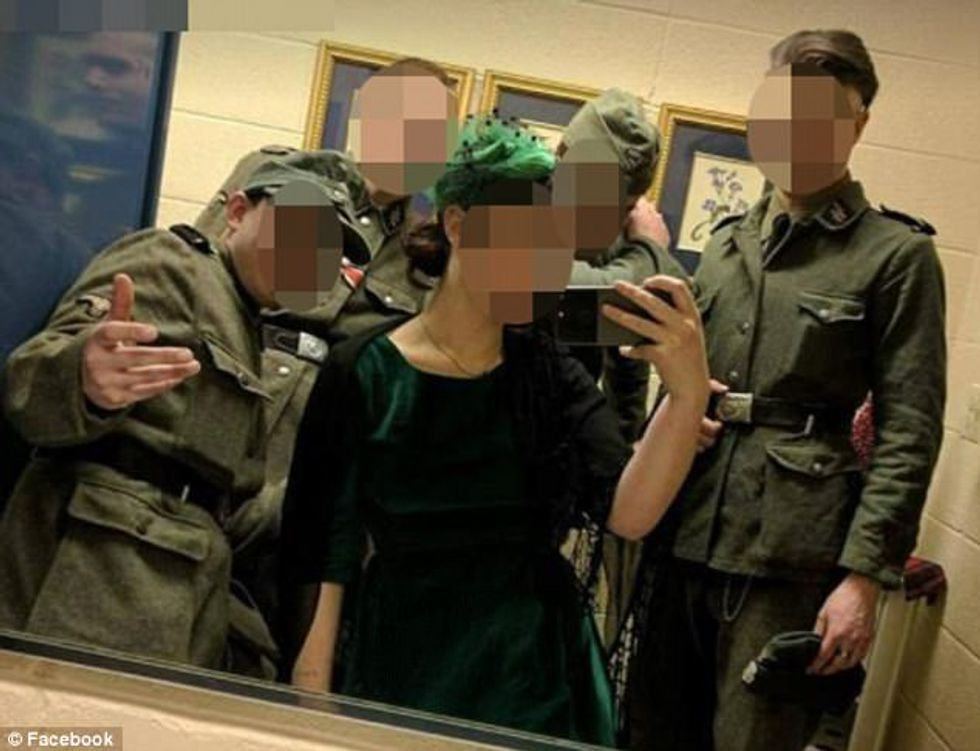 According to the Minneapolis Star-Tribune, two neo-Nazis in Minneapolis, Minnesota were fired from the diner they worked for after being photographed in what appears to be World War II-era SS uniforms.

Hours after the mens' "Nazi selfie" caused Minneapolis residents to call for a boycott to the Uptown Diner, the restaurant's manager made a post of their own.

“The Uptown Diner unequivocally repudiates the beliefs and ideals of neo-Nazis and white supremacy,” the restaurant said in a statement on Facebook. “Hate and bigotry have no place in society. We are committed to fostering an inclusive, welcoming environment at our restaurant and in our community.”

Along with the post showing the former Uptown Diner employees in SS regalia, Minneapolis resident Kyle Dekker’s also revealed a profile photo of a former employee with a photo claiming he's a member of the "Rhodesian Army" -- a reference to an unrecognized white supremacist government in Zimbabwe that counts Charleston church shooter Dylann Roof among their fans.

Their swift firing constitutes yet another example of viral posts getting white supremacists fired in the wake of the violent "Unite the Right" rally in Charlottesville, Virginia.

“These Nazi tots worked at the Uptown Diner in Uptown in Minneapolis,” Twin Cities resident Deborah Powell-Porrazzo wrote on Facebook. “They don’t anymore thanks to pictures of them in the Nazi camouflage. I am so grateful to social media for bringing it to the owners’ attention. There is no place for such filth in Minneapolis.”

Check out one of the viral posts below, along with the Uptown Diner's statement, via Facebook.