'Morning Joe' damns Trump: 'He has become the president of the white nationalist movement' 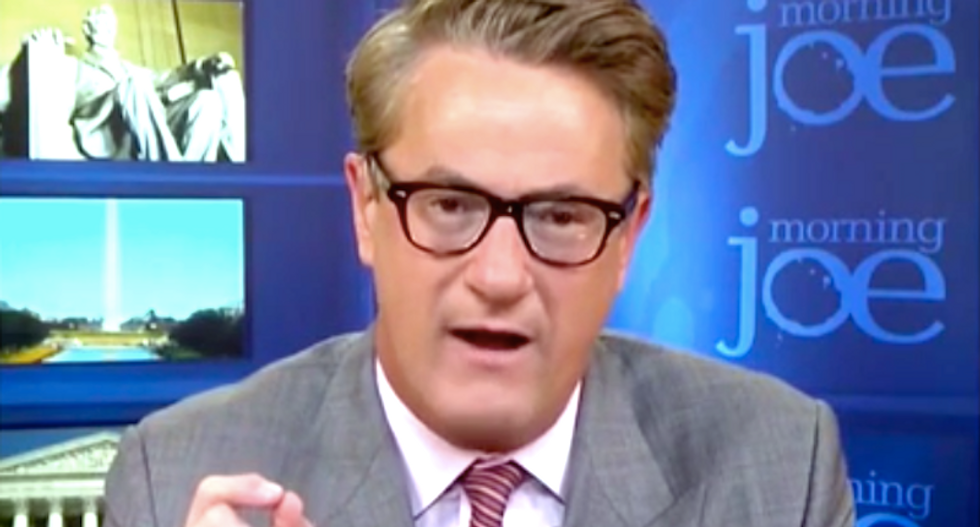 Morning Joe co-host Joe Scarborough on Wednesday issued a blistering commentary on President Donald Trump's Tuesday press conference in which he insisted "both sides" were responsible for violence in Charlottesville last weekend, while also claiming there were some "very fine people" attending the white nationalist rally.

In particular, Scarborough noted that the only people who were gushing over the president's press conference were leaders of the white nationalist movement such as David Duke and Richard Spencer.

Scarborough said that Trump had a clear choice to make when it came to discussing the Charlottesville riots -- he could have taken the side of white nationalists or of the majority of Americans who reject white nationalism.

"The president has chosen sides and it is very clear -- not only morally, but especially politically -- he has chosen the wrong side," he said. "It is now up to the rest of us to figure out why he did that, exactly. Is he just a bigot?"