MSNBC guest: Boston march shows 'Trump might be the president but this is not his country' 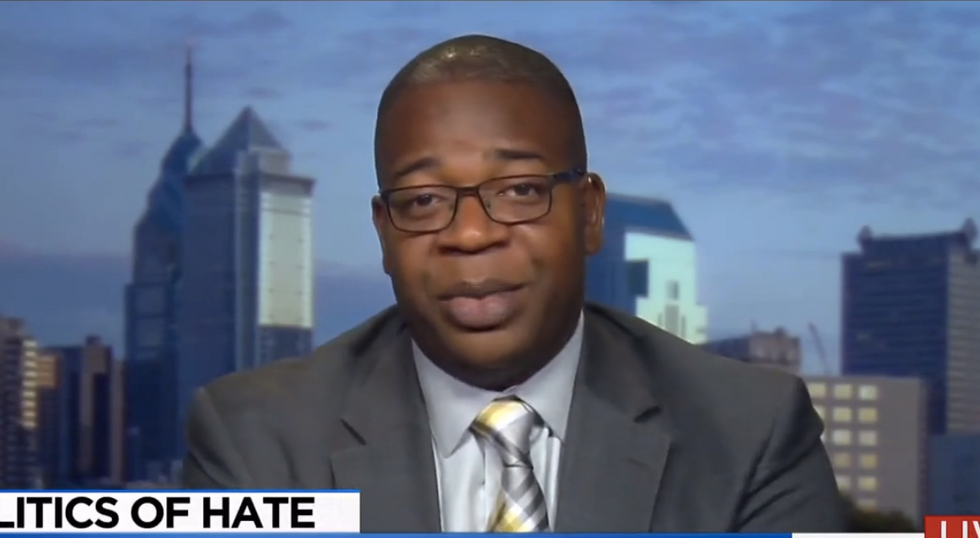 An MSNBC panel about the march in Boston on Sunday said that the massive turnout of tens of thousands of counter-protesters sent President Donald Trump a strong message that racism and white supremacy are wildly unpopular ideas in this country.

Did this weekend, asked host Joy Reid, represent a turning point "in whether white nationalism is going to take hold in our politics?"

There has been a shift, agreed guest James Peterson, the director of African-American studies at Lehigh University, but it was prompted by the president's failure to adequately address the issue in the wake of the melee in Charlottesville last weekend.

"So tens of thousands of people come out this week," Peterson said, outnumbering right-wing protesters by thousands, which shows that "Trump might be the president of the United States, but this is not his country."

"Donald Trump is not the future of this country," agreed nationally syndicated columnist Connie Schultz.