‘Never too late’: White basketball player apologizes to black teammate for racism he endured 56 years ago 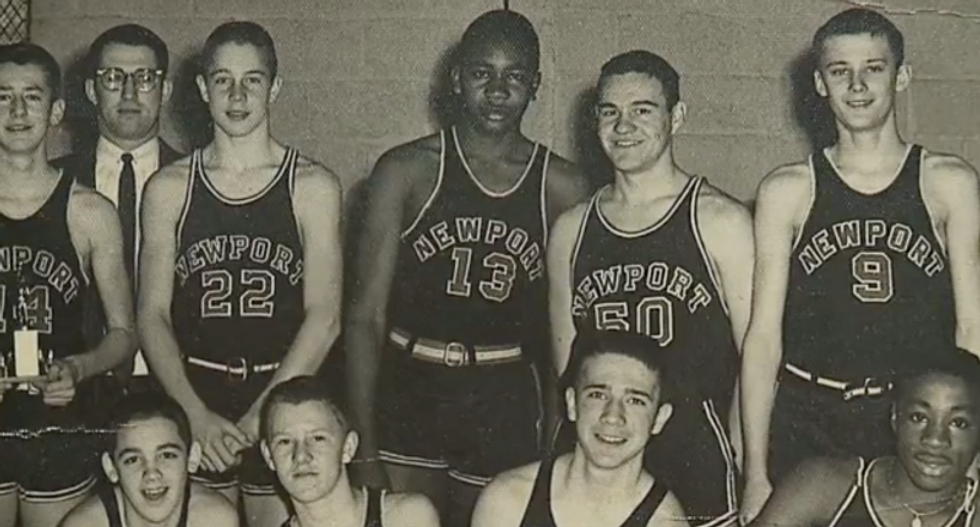 In 1961, four black high school basketball players in Kentucky couldn't play with their team in Georgia due to segregation. 56 years later, a white player sent an emotional apology to one of his black teammates, WXIN reports.

"This is something I have thought about all my life. And well, actually, it took a couple years after I got out of high school and started maturing a little bit and became an adult," white player Tom Owens admitted.

"I have been thinking about the right thing to say and all and finally about a month ago I finally got the letter written and sent it off to him and was so pleasantly surprised when he immediately called me back to say how much he appreciated it," said Owens, who now lives in South Carolina.

His black teammate, Eugene Britton Carter, now resides in Kokomo, Indiana. The two grew up together in Newport, Kentucky and both are inductees of the Newport High School Hall of Fame.

The letter begins, "I am probably the last person that you expected to hear or receive a letter from. It is something I have wanted to do for a long time."

"I was kind of shocked when I read it because I hadn't seen or heard from Tom since 1961 and then wrote me a letter apologizing to me for something I almost forgot about," Carter said. "But it bothers me a little bit he's been carrying that weight on his shoulder for 56 years now how he really felt about it. I never knew because when they came back from Georgia as a team we went on as nothing ever happened."

The two former teammates have vowed to stay in touch. After receiving the letter, Carter is even considering traveling from Indiana to South Carolina to visit Owens.