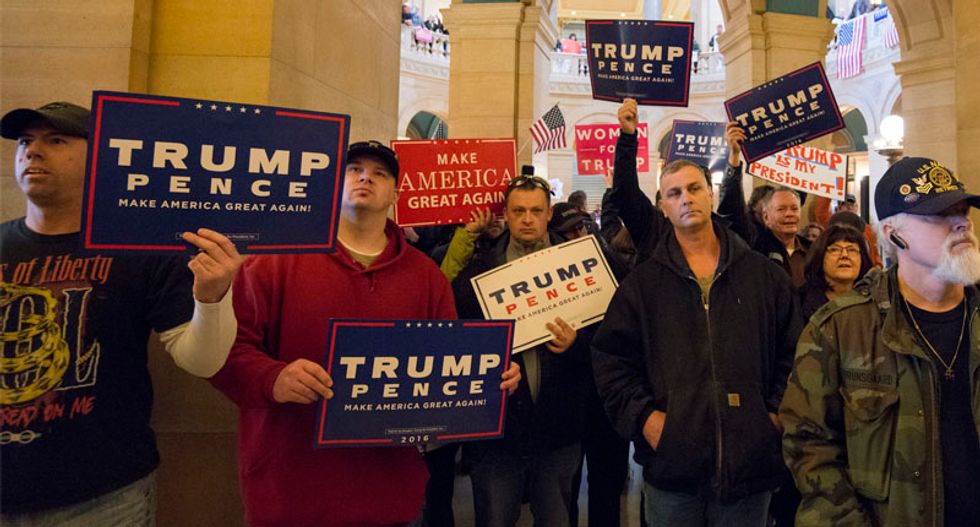 A fan of President Donald Trump was recently fired from his job after sending racist messages to comedian Gary Owen.

"And at one point I was doing a Trump joke, and he said 'Yeah, there's more of us than there is of them.' And he kept talking, so I kicked him out of my show," Owen said in an Instagram video. "This is what he sent me on Facebook."

Owen then showed three racist messages from Lanham, the first of which read: "Your at a n*gga living piece of shit and we are paying for you warefafe loving n*ggers [sic]."

"He send this to me as a message on Facebook... Now everybody knows who you are. Hope your boss sees it if you got a job," Owen said in his video. "But that $40 you spent on a ticket to see me? I’m going to donate that to the NAACP, you racist f*ck."

According to NBC 2, Lanham was fired from his job as Vice President of Sales for National Roofing of Collier. His wife was also fired from the same company.

His former boss, Ralph Goddard, said the the racist messages angered him. He also said his company was receiving threats over it.

"I was fearful for my employees to even come in this morning because I didn't know what to expect," Goddard said.

Lanham told NBC 2 that he's not a racist. He blamed his racist behavior on alcohol.

Watch video, courtesy of NBC 2, below: