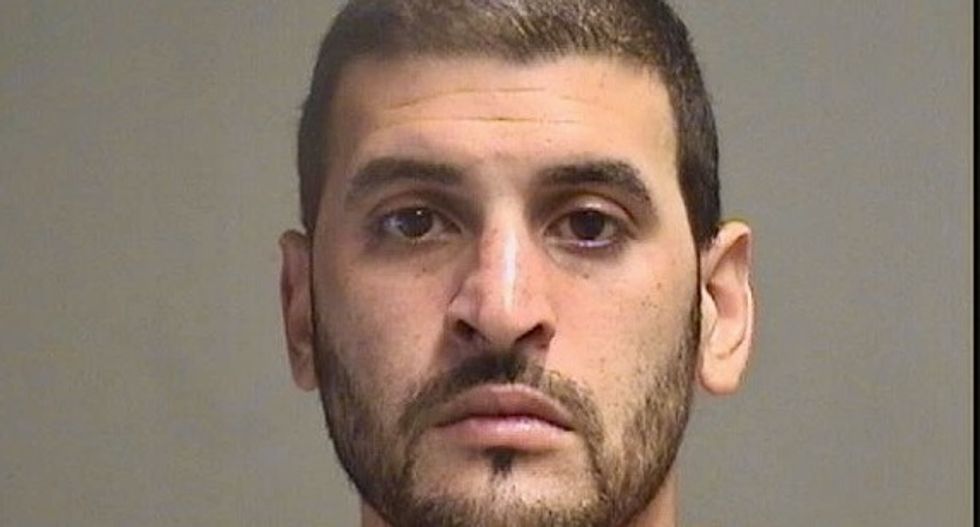 An Ohio man is accused of stashing the remains of what police believe is his missing former girlfriend in a freezer that he bought with his new, live-in girlfriend, according to a criminal complaint filed in court on Tuesday.

After Katrina Layton moved in last month with Arturo Novoa in Youngstown, Ohio, she began using the telephone of Novoa's missing former girlfriend, driving her car and caring for her dog, according to a police report included in the complaint.

Layton and Novoa have been charged with the abuse of a corpse, which was discovered on Saturday in several bags inside the freezer by Novoa's landlord's wife.

Novoa had asked his landlord if he could move the freezer down to the landlord's basement because his electricity had been shut off and "he didn't want his freezer full of meat to spoil," the police report said. The landlord's wife became suspicious after seeing the freezer was padlocked, and decided to break in.

Novoa's former girlfriend, Shannon Graves, was reported missing on June 22, although the last colleagues or family saw her was in February, the Youngstown prosecutor's office said.

Investigators believe it is Graves' body that was stashed in freezer, but the Cuyahoga County medical examiner has not yet confirmed the corpse's identity and cause of death, the prosecutor's office said.

"Basically, Miss Layton moved in with Mr. Novoa and started living her life," Dana Lantz, the prosecutor, said in a telephone interview. "She didn't hold herself out to be Shannon, she just lived her life, using her phone, caring for her dog."

Layton told police she bought the freezer from a Walmart store in early July, and supplied the extension cord to plug it in at Novoa's building.

The couple are in jail and are still to be appointed lawyers, Lantz said. They are next due in court on Monday, Lantz said, and could face additional charges once the identity of the body is confirmed.