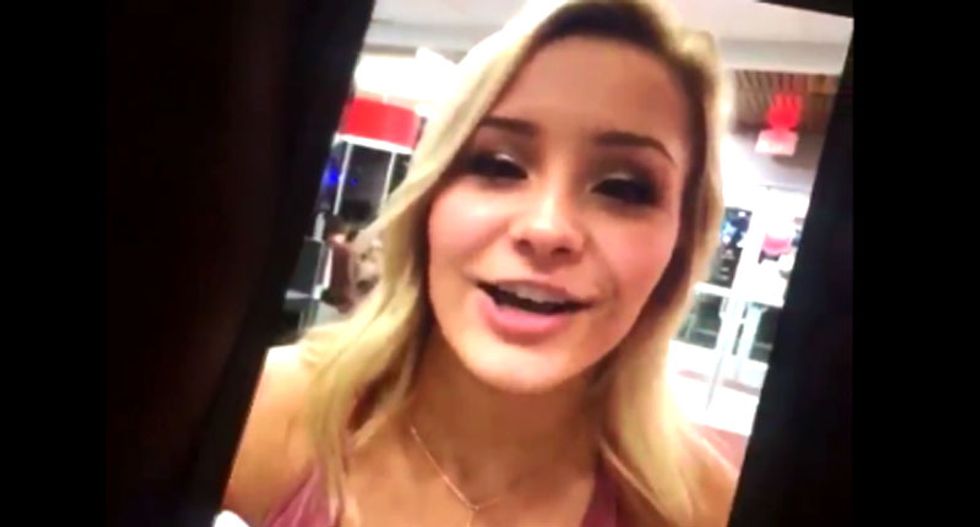 A sophomore at Ohio State has been condemned by her university after video emerged of her making racist remarks.

A 10-second video posted to Twitter Sunday night shows Katelyn Rust saying "F*ck yourself you are hooking up with a black girl. That's weird. That’s weird as f*ck. F*ck you."

Many social media users who watched the video commented that Rust appeared to be intoxicated.

The video was posted by Aleigha Mason, who told The Lantern she was the subject of the rant. Rust was apparently upset that Mason had danced with her ex-boyfriend.

"I just want her to understand that her comments are hurtful and not okay," Mason said.

The Pi Beta Phi sorority, of which Rust is a member, also told The Lantern that the content of the video was not aligned with their values. "We are currently working through our member accountability process," Ohio State Pi Beta Phi President Tricia Gore said.

Mason later removed the tweet and posted a message to those who had supported her.

"At the end of the day she is a human too even though she thinks I am less than that... We shouldn't act as if my tweet never existed, this happens everywhere and there is NO excuse. Let this be a lesson to all," Mason said.