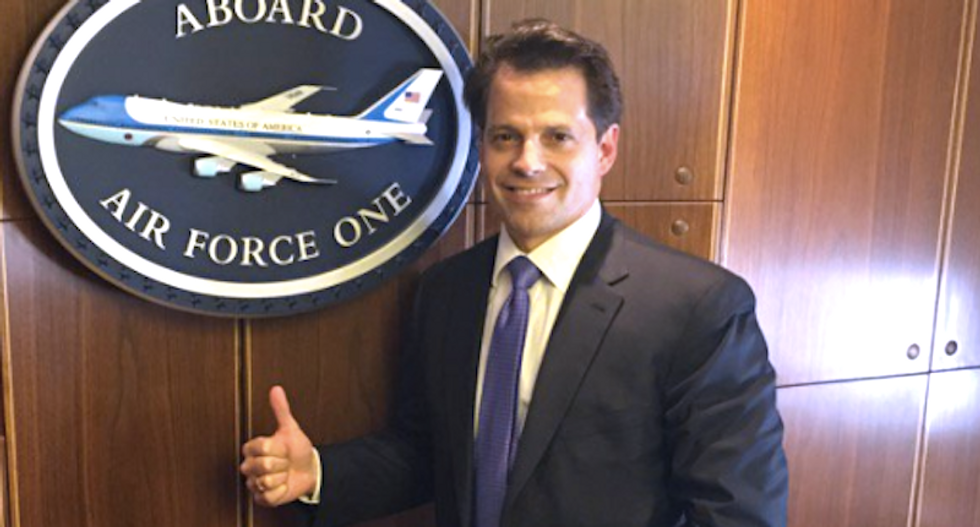 "Mooch’s communications vision will be held elsewhere, as Mooch will be holding a press conference live on social media to discuss his plans to create an off-West Wing press shop with the sole purpose of supporting President Donald Trump’s America First agenda," Cernovich reports.

Such an effort by Scaramucci would potentially violate the Anti-Deficiency Act.

Scaramucci made a number of observations about Trump’s communications apparatus.

"POTUS is the greatest TV star in history," Scaramucci claimed, using the acronym for President of the United States. "Comms should produce video content that constructively operates as 'The President Donald J. Trump' show."

"Comms need to humanize POTUS and burnish his image. For example, POTUS is the best golfer to serve as President. Perhaps, we embrace it with a national online lottery to play a round of golf with him...or a charity auction," Scaramucci suggested. "POTUS has a funny and irreverent side which was shared with the electorate during the campaign."

"Comms needs to be run like a news channel with producers, scripts, and narration," he wrote. "Comms should use Kellyanne Conway more. She has consistently been the President’s most effective spokesperson, and she provides a direct link to the President’s historic electoral victory."

Scaramucci -- who infamously claimed White House chief strategist Steve Bannon was trying to suck his own c*ck -- also prioritized making it "clear that horn tooting and denigrating colleagues is unacceptable."