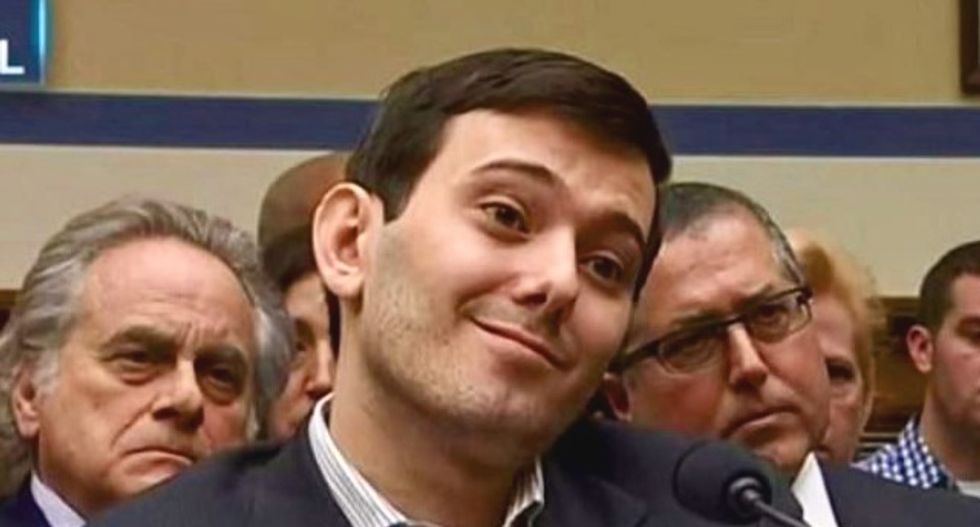 Convicted fraudster and noted “pharma bro” Martin Shkreli has begun designing websites associated with journalists who have written or tweeted critical pieces about him, “explicitely mocking" these reporters for their work, Business Insider reports.

According to Insider’s Maxwell Tani, back in March Shkreli began buying up the domain names of at least 10 people, including those who have written material critical of him and his infamous decision to hike the price of a life-saving AIDs medication by 5000 percent. According to that March report, the former Turing Pharmaceuticals CEO purchased websites associated with reporters from Vice, Vanity Fair, Bloomberg and—after Tani’s article was published—Business Insider.

"Here we honor one of the most vibrant Social Justice advocates today,” Shkreli wrote on a website purported to be for Vanity Fair’s Maya Kosoff. "Everything you need to know about this CNBC safe-spacer,” another website dedicated to CNBC’s Caroline Moss reads.

Shkreli—who’s been described as “the most hated man in America,” and whose “punchable” face prompted New York jurors to insist they would not be able to offer him a fair and balanced trial—was found guilty earlier the month on three of eight charges in a federal fraud case. Prosecutors alleged Shkreli looted his own biotech company to repay millions of dollars to investors he had defrauded.

Prior to his conviction, Shkreli promised once he was found innocent he’d “get to f*ck [Teen Vogue writer] Lauren Duca.” He had previously been banned from Twitter after posting obsessive and harassing messages about the Teen Vogue writer, prompting him to purchase the website ”marrymelauren.com.” Thus far, that website is simply a white page reading, “Lauren Duca, MARRY ME!!! Welcome to Lauren Duca, MARRY ME!!!”