'Put the hard hat on -- get back to DC': CNN's Cuomo nails Texas GOPer who voted against Sandy aid 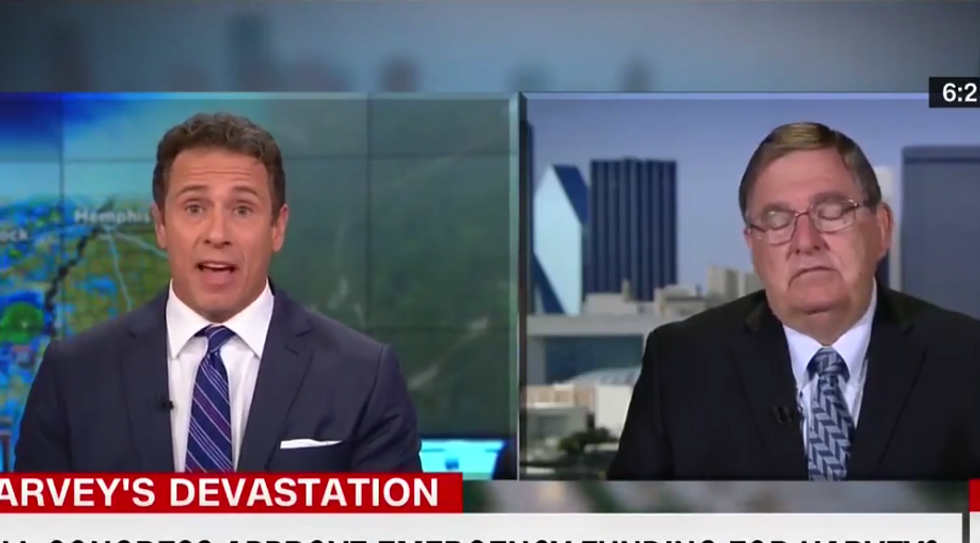 CNN's Chris Cuomo on Thursday hammered a Texas Republican who voted against an emergency relief package to help people affected by Hurricane Sandy -- and who is now desperately seeking help for his own state.

In talking with Rep. Mike Burgess (R-TX), Cuomo pointed out that sometimes politics can get in the way of providing crucial aid during emergencies -- including when Burgess himself voted against relief money for Hurricane Sandy in 2013.

"At some point, you're going to have to put on the hard hat, get back into Washington, DC, and make it happen," Cuomo told Burgess. "And not just in that first wave of need. The concern becomes the politics that comes into play in that second, that third wave where money is needed. That's where we saw the problems with Sandy funding. You didn't vote for one of those big bills."

Burgess tried to object and explain himself, but Cuomo preemptively shot down his spin by calling out Sen. Ted Cruz (R-TX) for not telling the truth about what was in the Sandy relief bills that he opposed.

"You have people like Senator Cruz misstating the facts saying two-thirds of the bill was pork," Cuomo said. "You know it's not true, how do we avoid it this time?"

Later in the segment, Burgess explained that he voted against one of the Hurricane Sandy relief packages because he felt it should have been broken into "at least two tranches" to provide stronger accountability for how the money was spent. He also noted that some of the money appropriated to deliver relief for victims of Hurricane Katrina last decade was never spent.

"It's always that way," Cuomo countered. "Every one of these disasters I've been through, it takes time to spend the money."