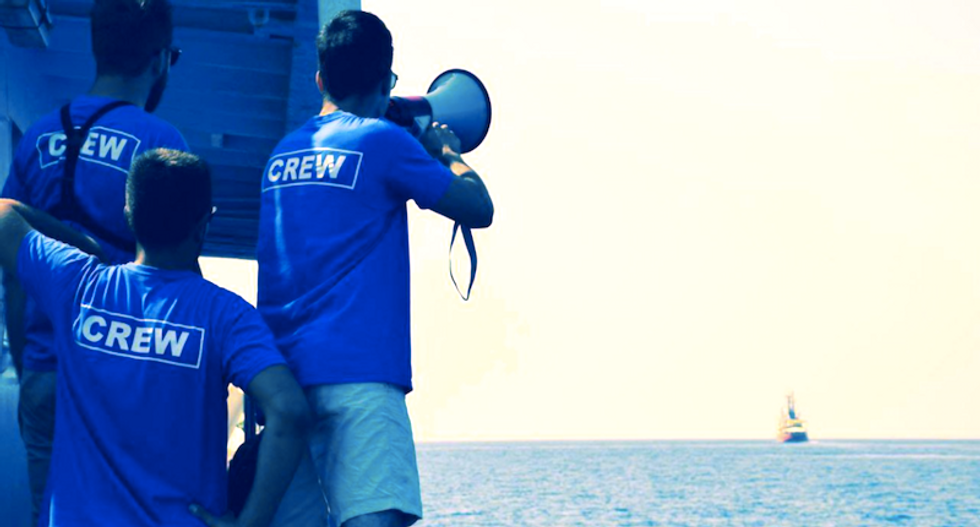 Volunteers serving on a German refugee rescue ship have agreed to help a ship full of white nationalists who became stranded in the central Mediterranean.

The anti-immigrant group Defend Europe suffered a mechanical failure while pursuing a mission to harass and stop refugee rescue ships like the one now on its way to help them, reported the Independent.

The group issued a statement in several languages on Twitter insisting they were not in distress but simply suffering a minor technical difficulty.

But volunteers for the German vessel, who Defend Europe has accused of human trafficking, said they had been contacted by Italian officials to assist the right-wing group's C-Star ship because it was unable to maneuver due to mechanical failure.

“To help a ship in distress in the duty of anyone at sea, without regard for their origin, race, religion or beliefs," said Michael Buschheuer, chairman of Sea-Eye.

Defend Europe is an offshoot of the white nationalist Identitarian movement, and they argue that rescuing mostly Muslim refugees from Africa and the Middle East was aiding the "invasion" of Europe.

Their crowdfunded mission has been beset by multiple problems -- delays, detainments in Cyprus and then a shift in focus from halting rescue missions to simply monitoring them.

The right-wing activists have spent most of their time at sea shouting through megaphones at humanitarian ships and "trolling" other crews over radio.